Patton Oswalt (on the right) who played blackjack dealer Delmer Darion in Magnolia, decided to include a reference to Paul Thomas Anderson in his essay about the "death of geek culture" for Wired Magazine:

...But back here on Earth, we’ll enter year zero for pop culture. All that we’ll have left to work with will be a VHS copy of Zapped!, the soundtrack to The Road Warrior, and Steve Ditko’s eight-issue run on Shade: The Changing Man. For a while—maybe a generation—pop culture pastimes will revolve around politics and farming.

But the same way a farmer has to endure a few fallow seasons after he’s overplanted, a new, richer loam will begin to appear in the wake of our tilling. From Zapped! will arise a telekinesis epic from James Cameron. Paul Thomas Anderson will do a smaller, single-character study of a man who can move matchbooks with his mind and how he uses this skill to pursue a casino waitress. Then the Coen brothers will veer off, doing a movie about pyrokenesis set in 1980s Cleveland, while out of Japan will come a subgenre of telekinetic horror featuring pale, whispering children. And we’ll build from there—precognition, telepathy, and, most radically, normal people falling in love and dealing with jobs and life. Maybe also car crashes.

Wahlberg Croons A Classic For The Critics

During an interview for The Fighter, Mark Wahlberg and Christian Bale fell victim to film critic Peter Traver's 'signature' request to sing something.  Bale chooses the Powerpuff Girls theme, while Wahlberg decides to belt out a few notes of the Boogie Nights/Transformers/Dirk Diggler Story classic “You Got The Touch”. Click Here to watch the wonderfully awkward experience. (CE)
Posted by FortyFPS Productions at 12/16/2010 07:08:00 PM 4 comments:

Email ThisBlogThis!Share to TwitterShare to FacebookShare to Pinterest
Article Mentions: boogie nights, christian bale, mark wahlberg, you got the touch 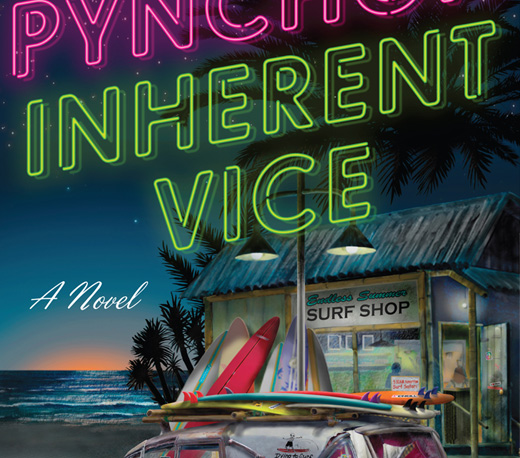 Yesterday an explosion of rumors hit the web about the next project from Paul being an adaption of Thomas Pynchon's 2009 novel "Inherent Vice" with Robert Downey Jr. being courted for the lead role.
Downey would be playing a pothead private eye from Los Angeles set in the late 60s in a novel that Wikipedia has summarized as:


Inherent Vice has been well-received among critics, particularly for its mainstream appeal. In a generally favorable review, the New York Times' Michiko Kakutani called it "Pynchon Lite", describing it as "a simple shaggy-dog detective story that pits likable dopers against the Los Angeles Police Department and its “countersubversive” agents, a novel in which paranoia is less a political or metaphysical state than a byproduct of smoking too much weed."

A review by academic Louis Menand in The New Yorker declared the novel to be "a generally lighthearted affair", while adding that there were still "a few familiar apocalyptic touches, and a suggestion that countercultural California is a lost continent of freedom and play, swallowed up by the faceless forces of coöptation and repression."

In a scathing review in New York magazine, Sam Anderson wrote that "with no suspense and nothing at stake, Pynchon’s manic energy just feels like aimless invention.

As reported, Downey is tied up for the next year but given the implied status of all aspects that will more than likely not slow anything down to severely. More news if/when it surfaces.

Note: After months of making terrible/awkward designs and layouts for the portfolio/media section of the site, the answer has finally revealed itself while trying to tackle similar issues for my own page that have plagued me for ages.

The site will feature a minimal amount of pages/clicking with all information for each project on one page in an easy to find format. A few of you have offered to help out along the last 6-8 months while the site, admittedly, was treated like a middle child so if you were one of those people, feel free to re-message me as I may have a little light-lifting for 1 or 2 of you.