Brolin Has More To Say About "Vice"; McConaughey Loves The Master 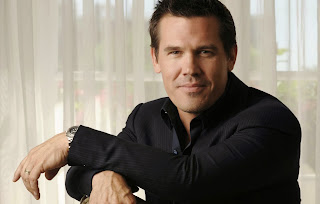 So far, the only two actors to come out and speak publicly about the experience of making Inherent Vice with Paul Thomas Anderson have been a stealthy Eric Roberts, and Josh Brolin, who (by our count) has just made his third set of public remarks on the matter. Our very attentive readers pointed us toward a sound bite from Mr. Brolin last week where he referred to the making of the movie as "the craziest, most brilliant experience of [his] life."

Now, as he begins press for Spike Lee's "Oldboy" remake, Brolin seems to already be waxing nostalgic on the process of working with PTA . Via The Playlist:


“My dad said recently, and I really appreciated it, 'There's a lot of directors out there but there's very few storytellers.' And working with these extreme geeks like myself who are very much these film fanatics is so nice. You're in this kind of iconic awe, and then you get to the set and you go, 'Okay, I actually have to work, we actually want to make this as good as I can be.' Like with Paul: he was taking stuff out of 'Inherent Vice', whittling away at what was in the book, and I was saying wouldn't it be great if we could bring some of what was in the book back," Brolin said. "Who the fuck am I to say that, you know what I mean?”

He added, “But then we start collaborating and putting stuff in there, and realizing, 'Okay…let's take it out, let's colorize it even more with something else, and then how are we going do this on set?' You realize all the work you've done around a table was meaningless, but it fed something. You don't know what it was, but you're always looking for that elusive thing.”

With "Oldboy" and Jason Reitman's "Labor Day" both set for release this year, it seems fair to assume Brolin will be doing quite a few more of these interviews in the coming weeks, so rest assured we'll have our eyes and ears out for more anecdotes. Perhaps the real question is, which cast member will come out of the woodwork next?

Also in the news recently, Matthew McConaughey listed "The Master" as one of his five favorite films for Rotten Tomatoes, stating:


A fictional screenplay with fictional characters made so well it felt like a biographical nonfiction drama, like a considerately staged documentary. Identity of place and people. I could smell and taste it.

Finally, last week we spoke with Laura Colella, the writer/director/star of PTA-favorite "Breakfast With Curtis." We covered everything from the nature and difficulties of making a micro-budget independent feature to how she and Paul got connected in the first place. We're aiming for that interview to go live by the end of the week, so be sure to check back for that in the next few days.