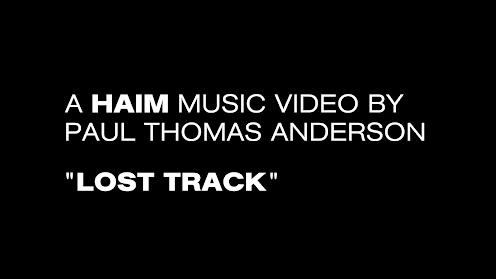 Starting tonight, movie theatres everywhere will be running a brand new HAIM music video directed by Paul Thomas Anderson in front of showings of (the now 3x-Oscar-nominated!) Licorice Pizza.
The content of the video/song has not been revealed in advance of the rollout, except the mysterious title card shared out by the movie's official social media accounts pasted above. If you needed further incentive to finally get your butt out there and see the movie (or see it a second/third/fourth/fifth time), here it is!
Also this weekend, the Aero Theatre in Santa Monica kicks off a series of films programmed and presented by PTA himself! The weekend includes in-person film introductions and Q&A's from PTA, rad double-features and is capped off by a screening of Licorice Pizza in 70mm.
Finally, you folks probably deserve a second edition of the interview round-up, given all that's happened over the last few weeks. We'll try to get that in your hands this weekend!