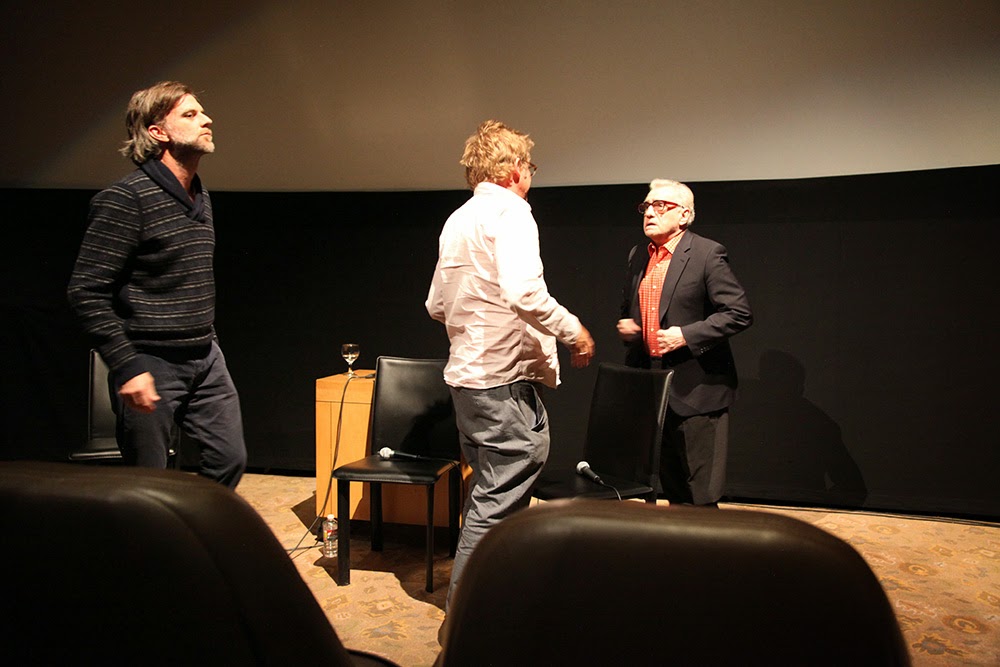 If you'll remember back in 2011, Paul Thomas Anderson conducted a Q&A with Martin Scorsese and his creative team over their film "Hugo". Paul was in post-production on The Master at the time. Now, in 2014, with Paul in post-production on his follow-up to The Master, Martin Scorsese has released his follow-up to Hugo: The Wolf of Wall Street. Wouldn't it be great if these two contemporary maestros teamed up again for another Q&A?

Ask and you shall receive.

Over at Awards Daily, Sasha Stone has kindly uploaded over 30 minutes of footage of a post-Wolf-screening Q&A with Marty, a shaggy-haired Paul, and Adam Somner, who has served as First Assistant Director for both directors ('Wolf' for Scorsese; There Will Be Blood, The Master, and Inherent Vice for PTA). The conversation that transpired is extremely insightful, and with not a little humor.

Needless to say, If you haven't seen the film, watch at your own discretion.