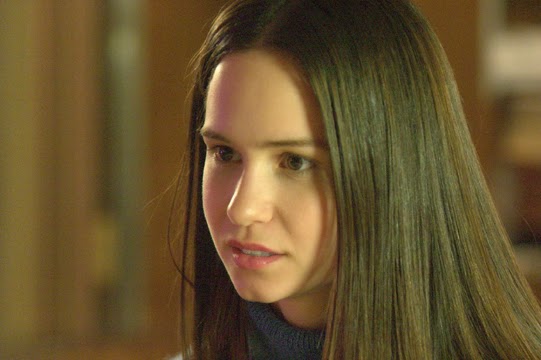 Entertainment Weekly has a couple more exclusive scoops on Inherent Vice from two of the stars of the film, Josh Brolin and Katherine Waterston, and here they are:

"With Paul, he's interested in what might happen, not what should happen," Waterston recalls of filming in Los Angeles last summer. "He doesn't walk onto set with a clear goal. That can be...surprising. It didn't feel chaotic; it felt thrilling. The set felt really vital. Like you were going into a question together."

For his part, Brolin was particularly struck by the un-Hollywood tenor of Anderson's filmmaking process. Exhibit A: the actors' freedom to lodge constructive criticism (a no-no for so many Serious Auteurs) and course-correct using all means of unusual props.

"With this [film], there was a lack of pretense--a really strange lack of pretense," Brolin says. "When something isn't working, you can say, 'This feels like a turd. Let's cut the middle three pages. I'll try to improvise and provide a bridge. How about some pancakes?"

"I'm not joking about the pancakes," he confirms. "Many, many pancakes. By the end of the day, you're shaking so much because you've eaten so many pancakes, you know you're going to be diabetic in the next 24 hours."

Brolin went on to add that was movie was like "Cirque du Soleil more than pretentious filmmaking."

(Thanks to SuperGnodab for the heads up!)

Find more information about the film on our Inherent Vice page.
Stay tuned to Twitter and Facebook for the latest news and updates
Posted by Bryan at 8/16/2014 09:32:00 AM