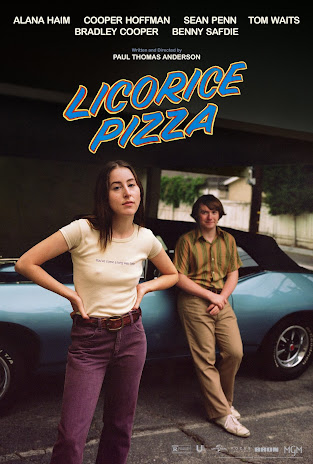 UPDATE: The film's official website has launched at licoricepizza.movie -- along with the trailer and poster, the website holds the first official synopsis of the movie:

“Licorice Pizza” is the story of Alana Kane and Gary Valentine growing up, running around and falling in love in the San Fernando Valley, 1973. Written and Directed by Paul Thomas Anderson, the film tracks the treacherous navigation of first love.