‘The Master' Being Re-Released In Select U.S. Theatres This Friday 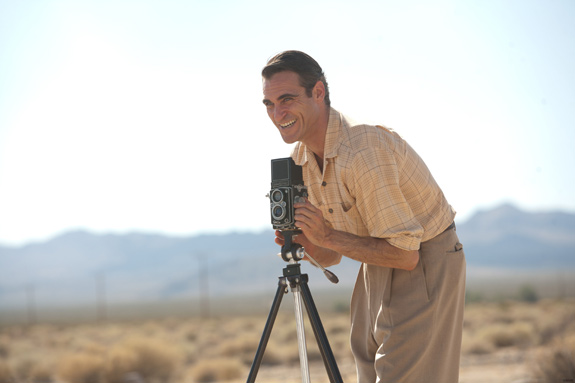 Gearing up for the Academy Awards & Blu-ray release next month, "The Master" is being re-released this Friday (1/25) into a handful of theatres around the country. This may be your last chance for quite some time to see the film again on the big screen so we highly encourage you to grab a few friends and see it one last time. We have a partial list of the theatres below and will update with more as they roll in.

The film will also be playing at the very swank Crosby Street Hotel screening room in NYC on 2/10 as part of their Sunday Night Film Club. Dinner and movie for $55 per person OR cocktail, bar plate and movie for $35 per person. The film continues to pick up awards, most recently at the London Film Critics Circle where Joaquin and PSH both took home acting prizes. You may have heard Joaquin gave a shout-out to an up-and-coming actor worth keeping an eye on.