Watch a supercool new 60 second spot for "The Master" featuring Freddie freaking out in a courtroom and sitting in Dodd's office as well as some previously unreleased Jonny Greenwood score. It's not Russian and it is included on the Blu/DVD extras (though the new footage is not included in the "Back Beyond" short). You can watch all the teasers & trailers on our film page.

Below you'll also find a very cool new poster for the film (by designer Andy Berlin) which was produced for Chicago's Music Box Theatre's 70mm Festival which begins this Friday. PTA said that the film would return to that venue and it appears he has made good on his promise. (via @angel_glands) 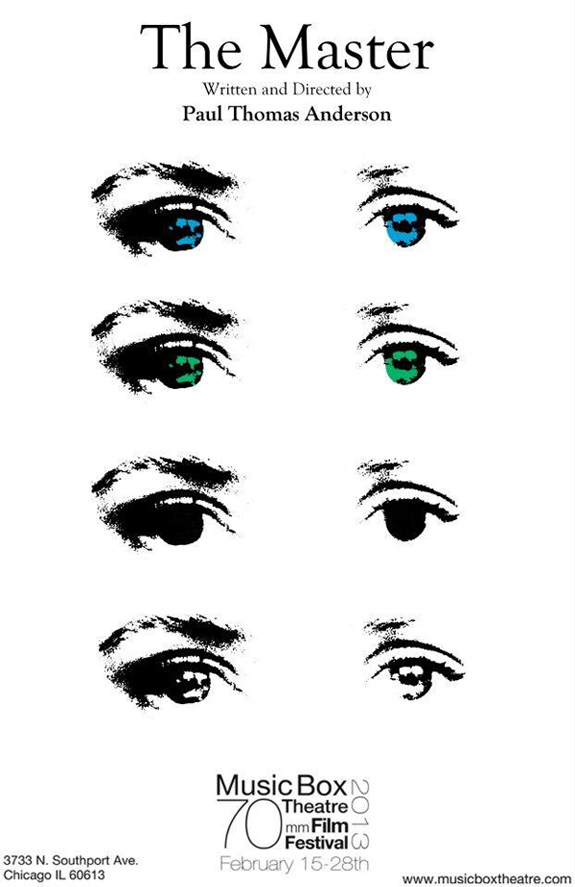 We hope you're enjoying our "Making The Master" series which we're roughly halfway through. Stay tuned tomorrow for our 5th installment featuring actress Madisen Beaty.