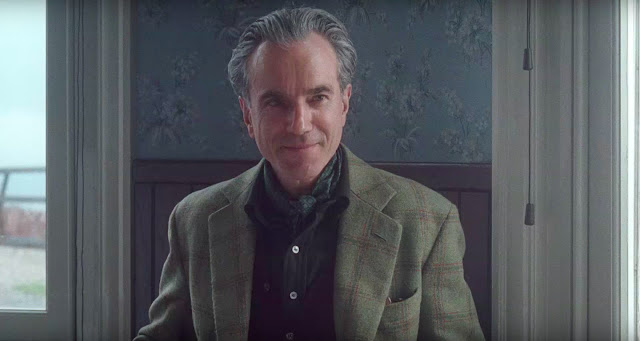 Couple exciting odds 'n ends for you this evening.

+ Today, The National Board of Review named Phantom Thread one of the top 10 motion pictures of 2017 and presented the award for Best Original Screenplay to Mr. Paul Thomas Anderson for his work on the script.

+ Secondly, W Magazine has released a well-worth-reading interview with Daniel Day-Lewis in which he discusses the (apparently devastating) process of working on Phantom and why he has decided to retire from acting. You can read the article in full here.

+ ICYMI from the C&RV twitter, a mouthwatering new poster for the film was rolled out at the Fine Arts screening on 11/24. Here's a photo of it in the wild until we can get our hands on a proper jpeg. 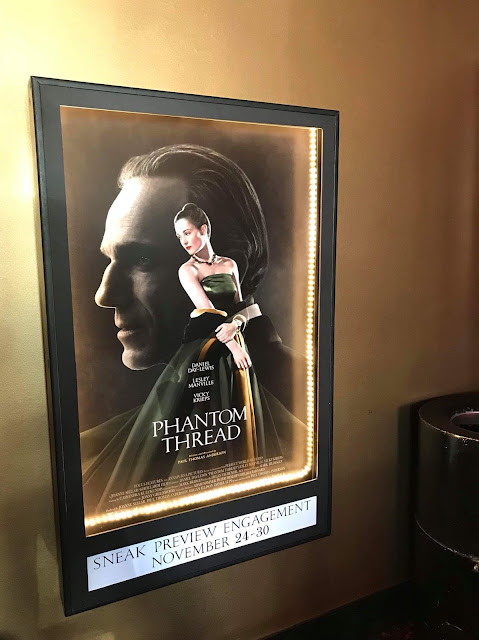 + New guild screenings in London, Miami, Palm Springs, Phoenix, San Diego, San Francisco, Santa Barbara and Seattle have now all been booked and posted to the film's official site. With the first public screenings now out of the way, we expect the news to trickle in rather precipitously for the foreseeable future, so please do keep your eyes peeled. Despite the strict embargo placed on the critical response until December 7th, the whispers we've heard following the screenings in Los Angeles and New York indicate something really special has been cooked up with this movie.

+ Last but not least, Nonesuch Records will officially be distributing Jonny Greenwood's soundtrack album for the film, as they did on the previous three PTA/Greenwood collaborations. Release date/tracklist/artwork have yet been rolled out, but that's now a matter of "when" rather than "if."