Why Hasn't ‘The Master' Shown Up On The Festival Circuit? 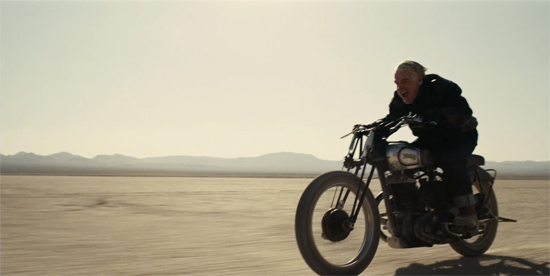 As each of the lineups have been announced for Cannes, TIFF and Venice, cinephiles have found themselves disappointed that "The Master" has yet to show up anywhere. We ran down the odds back in March using nothing but our own intuition but recently some more information has come to light which seems to change the game a bit.

Commenter Blake pointed us to an interview with Alamo Drafthouse owner/Fantastic Fest programmer Tim League from back in 2008. The scrappy genre festival had managed to land "There Will Be Blood" when none of the prestigious festivals had. So how'd he do it? League explained,


"[Paul Thomas Anderson] doesn’t like to do traditional festivals and I assured him that if he came here he would be able to enjoy the movie; it would be with fans; and it wouldn’t be paparazzi. And it wasn’t. So he had a great time. But it wasn’t through the studio. He actually didn’t tell the studio until the day before."

We had figured this low-key approach might've been a one-off for 'Blood,' since his previous films had all done the festival circuit -- screening all over the place before their release dates -- but perhaps not. Personally we'd love to see the film with the Austin crowd, as opposed to say, a New York Film Festival one. League was coy with us when confronted with the evidence, tweeting "I can neither confirm nor deny the existence of contents of said blue cans," but signs do seem to point to a Fantastic Fest screening, whether exclusive or otherwise.

How Paul's strategy will fit in with The Weinstein Co.'s festival-centric Oscar campaigning is anybody's guess. But it will be very interesting to watch. As a Facebook commenter said, "I love the fact that P.T. is blowin' off these corporate schmooze fests. He marches to his own drummer. He will screen his movie when and where he wants." Well put, sir. Keep in mind this is just a little speculating on our part and it's still possible the film could show up at any one of the aforementioned festivals (as well as Telluride or NYFF) as a surprise or scheduled screening. We'll just have to wait and see.