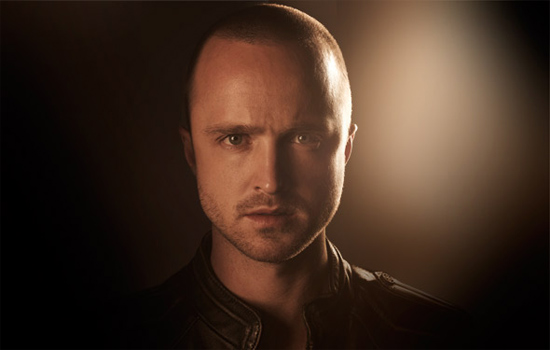 We know that PTA already has hisa fair amount of fans across the industry -- Filmmaker John Milius recently expressed his admiration -- and today we can add another name to that list: Aaron Paul. The actor is probably best known for playing Jesse Pinkman on AMC's "Breaking Bad," which is currently making a strong case for being the best show on TV. In a recent interview with GQ to promote the upcoming fifth season, the Emmy winning actor dropped the following plea.


GQ: What other directors [do you admire]?
Aaron Paul: Rian Johnson's fresh in mind. He's just so brilliant and such an incredible writer. Or speaking of writer-slash-directors: Paul Thomas Anderson.

GQ: Yeah, wow. I think he's the best there is.
Aaron Paul: He's completely fucking unbelievable. I don't understand how he does it.

GQ: What's the plan after Breaking Bad wraps?
Aaron Paul: Not an idea. Maybe start accosting Paul Thomas Anderson. Seriously: turn this interview into a love letter to Paul Thomas Anderson, and kind of beg him to put me in a film. I don't care if it's as an extra, I'll do whatever.

Side note/name drop: I met Mr. Paul at the Season 3 premiere party for "Breaking Bad" in NYC and (in addition to being an Emmy winning actor), he was an incredibly nice dude! So there you have it, we've done our part. If you weren't already aware the 5th Season of 'Breaking Bad" premieres this Sunday on AMC and judging by the first two episodes, it's going to be cra-mazing.

In other Paul related news, @TheFamilianaire dropped us a line on Twitter to let us know that like Emily Watson, Tom Cruise and Robert Downey Sr., Paul Dano had also seen some of "The Master."

So it appears that much of the inner circle has been privy to quite a bit of the film. Now if we could just find our invite...