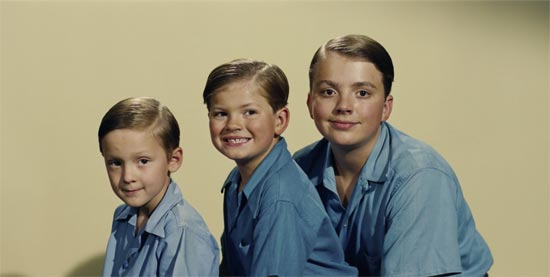 Well, so much for Venice Festival director Alberto Barbera saying just three days ago “I didn’t mention the film. Nobody mentioned the film. It is not in any of our sections.” Because according to Deadline, "The Master" is now set to premiere at the festival in competition on Saturday night September 1st. So unless Paul manages to book a secret screening in Austin (or someplace) prior to this, it looks like this will be the World Premiere for the film, just under 2 weeks before it's scheduled to open in limited release in the U.S. The silver lining for those not attending Venice is that "it might well be part of the Toronto International Film Festival program as well." Great news since I'm already booked for TIFF. How about you, readers? Is anyone going to Venice? Or will you be jealously watching from the sidelines with us? (Thanks again to The Film Stage for the headsup.)

Update 10:08pm: The Wrap confirms that the film will indeed be shown in Toronto. Though as of now, The Weinstein Company and TIFF representatives have declined to comment. An earlier version of the LA Times story on the subject also confirmed the film for TIFF but that's now been corrected to say the film is only "likely" to premiere. They cited the delayed announcement as being due to the 70mm specifications, stating "In booking the film at the high-profile festivals, the Weinstein Co. faces some technical challenges, namely ensuring that the movie can be screened on a 70mm projector, since Anderson filmed the movie using 70mm." David Poland tweets that "The Master will play TIFF in 70mm at the Princes of Wales theater in the first 4 days of the festival" and that it will be presented as a "special screening."

Justin C. Chang from Variety also tweeted to us in regards to the Venice confusion saying, "A Venice fest source had said last week the film was in, but as a late addition, so we held off. Sorry for the confusion." Whether the film was held off initial releases for technical reasons (surely they would've known by now whether Venice or TIFF could present the film in 70mm) to generate excitement (it has been exciting, hasn't it?) or perhaps a difference of opinion behind-the-scenes on exactly how the film should debut, we're not sure yet. But neither TIFF, Venice nor The Weinstein Company have confirmed either of the aforementioned screenings yet, so it appears the cat may be out of the bag for any planned surprises.