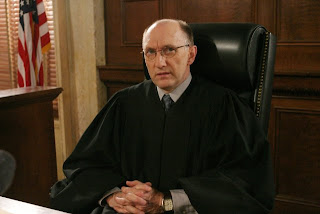 Welp, our Friday just got a little more interesting. Deadline is reporting that Paul Thomas Anderson's Inherent Vice (which has been shooting for nearly a month now) has added Peter McRobbie to its ever-growing cast of players. McRobbie, well-known for his work on Law & Order: Special Victims Unit, will take the character of Adrian Prussia. Unfortunately, we can't confirm the roles that have been assigned to Jena Malone and Sean Penn right now. As all these casting announcements have trickled down throughout the past couple months, though, Joaquin & Kevin J. O'Connor remain the only two actors who have worked with PTA before.

In other news, the strapping young lad pictured in these set photos has been revealed as first-timer Jordan Christian Hearn. He has been cast as Denis in the film.

We've updated our Inherent Vice timeline page to the extent possible at the moment, so clap your eyes onto that whenever you see fit.