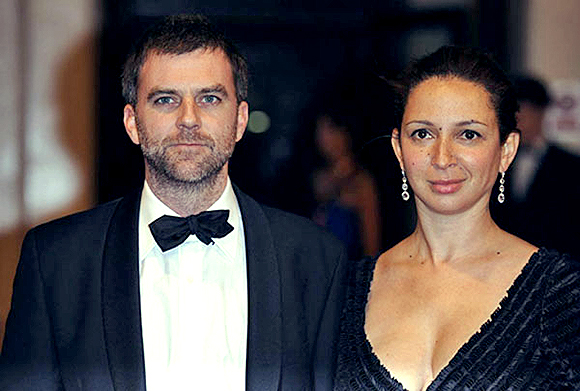 After weeks of letting your imagination run wild about what the production of Inherent Vice would actually look like, we are pleased to finally be able to offer you something tangible: set photos showing, for the very first time, Joaquin Phoenix, in full character and costume as Larry 'Doc' Sportello, and (perhaps a bit surprisingly) PTA's long-time partner and SNL-alum Maya Rudolph also in full character and costume. Though which role she'll take has not been confirmed, this marks the first on-screen collaboration for the couple. In case you don't want these images spoiled for ya, we'll include them after the jump (though they are pretty slight.)

In other news, Ohio will finally be getting The Master in 70mm for the first time this coming weekend at the Wexner Center for the Arts. Any buckeyes who have somehow managed to resist crossing state lines to experience the film in its intended format can find out more about that here.

UPDATE: Rudolph will be playing the role of Petunia Leeway, a nurse working for a doctor who administers B12 shots. Also, we've added several new pics of Joaquin from the set. Might be best to just keep reverting back to this page for now to see if anything else makes its way out there. We'll change things around accordingly. 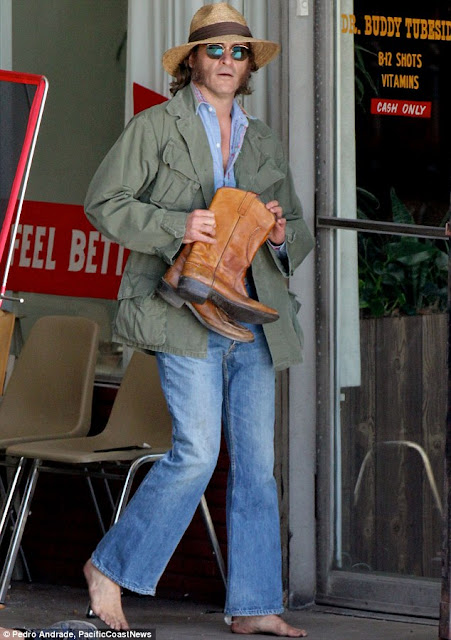 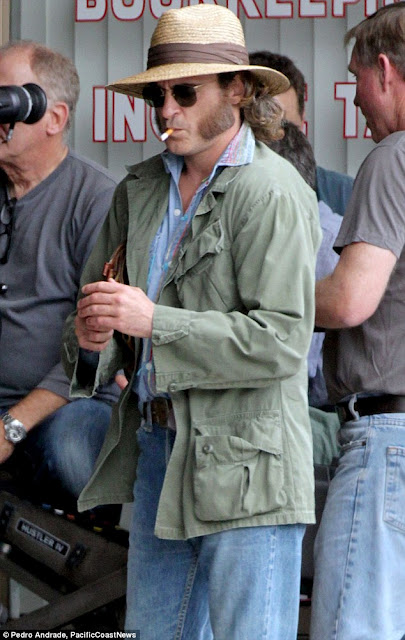 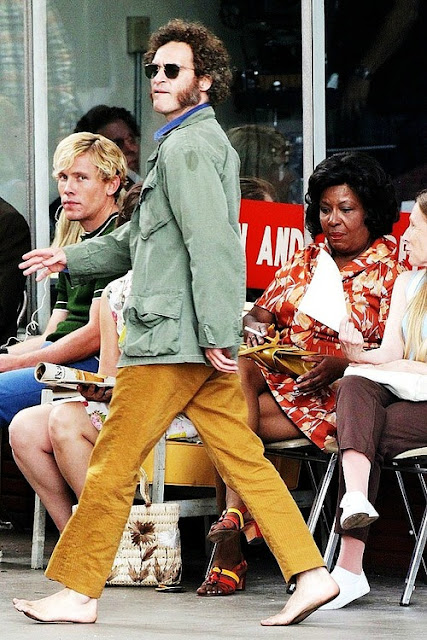 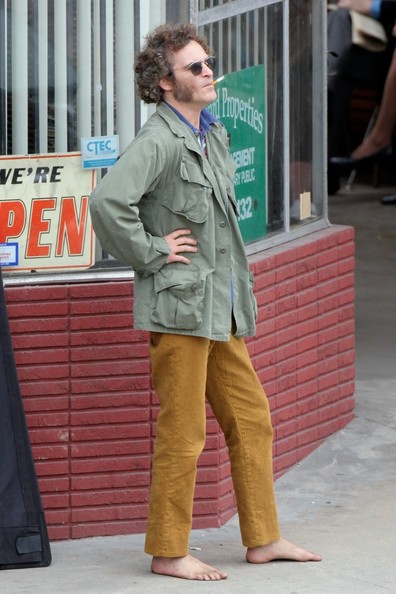 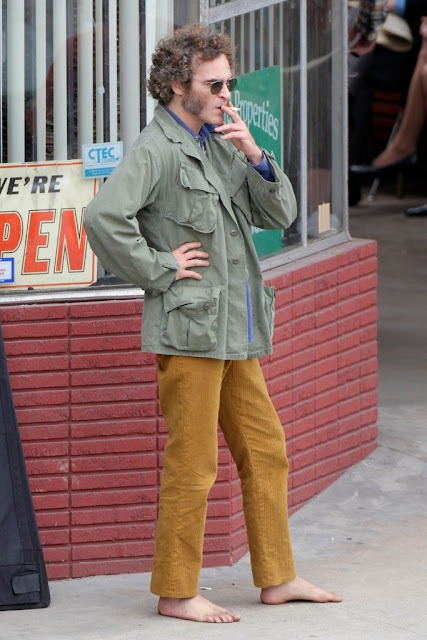 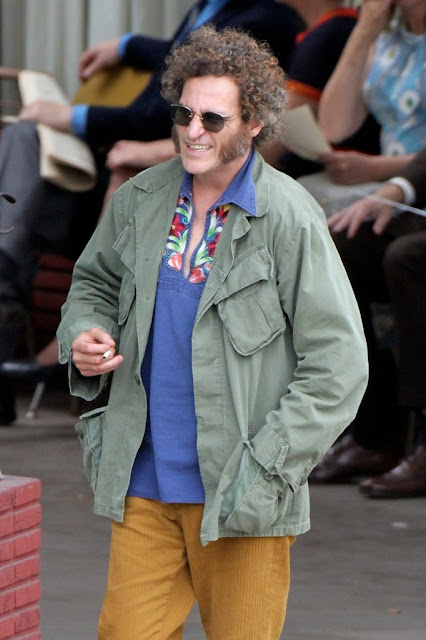 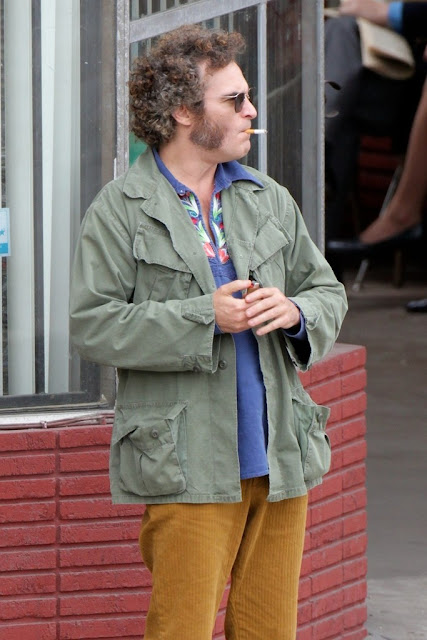 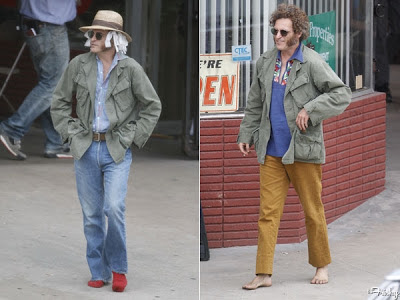 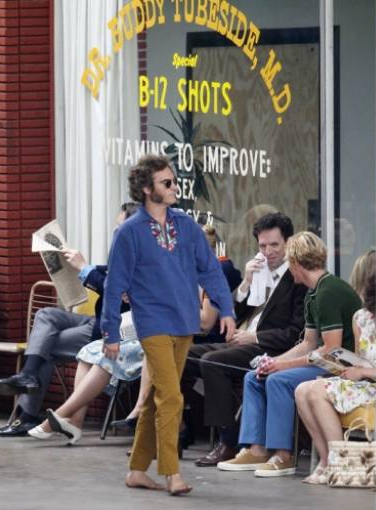 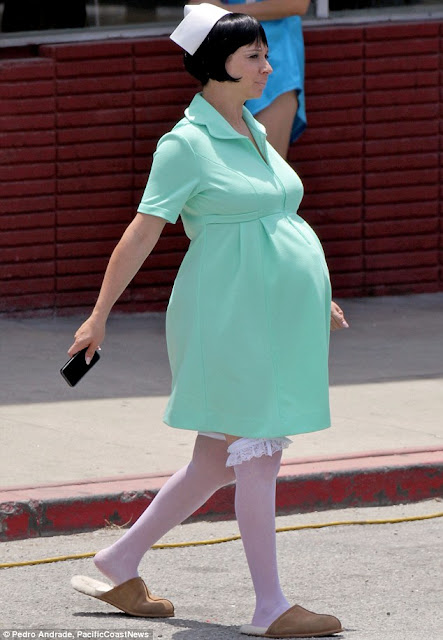 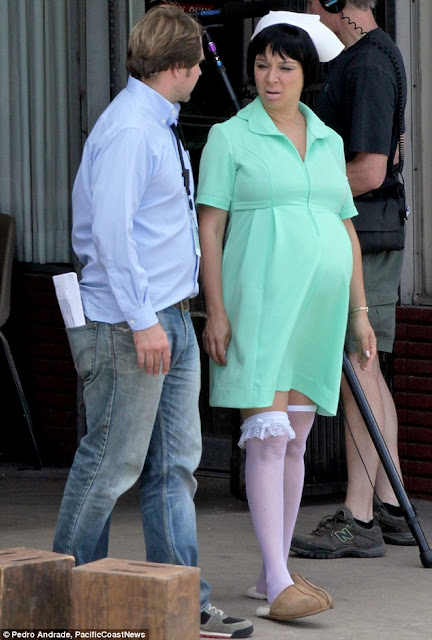 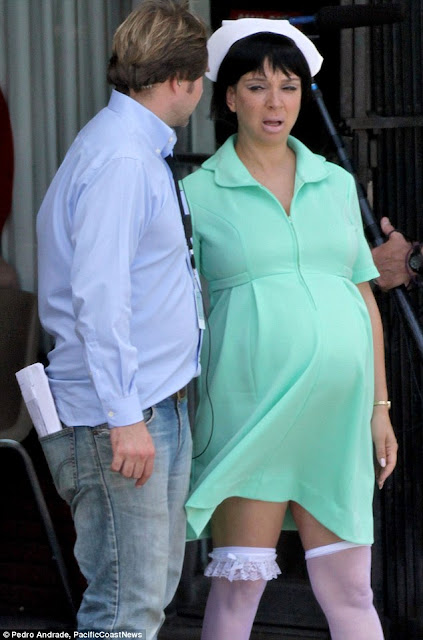 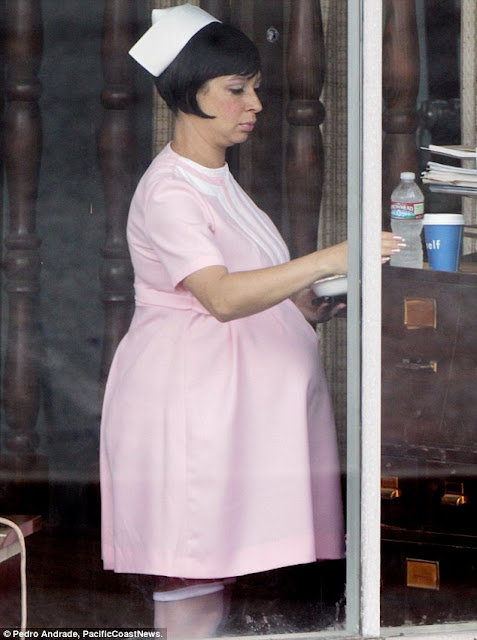 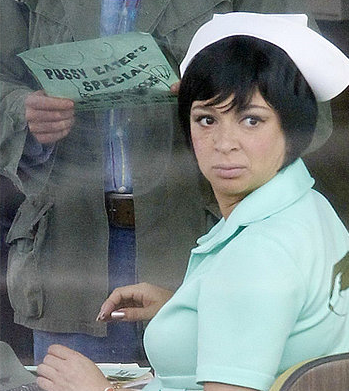 (Over Joaquin's right shoulder in the first pic of him smoking is DP Robert Elswit, lending further tangibility to the whole thing.)