Paul Gives His First Interview On ‘The Master'; Amy Adams Says She “Kinda Worships Him" 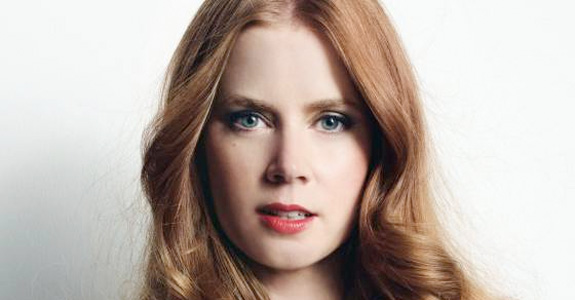 After 2+ years of silence, the dam has finally broken and PTA and co. have begun actually discussing "The Master" in some detail in various publications. Paul gave his first-ever interview on the film to Newsweek which we've archived here but be warned there are some spoilers. A few safe excerpts are below:


Once word of this leaked out, The Master immediately got tagged as Anderson’s “Scientology movie.” “I was naive,” the director says, somewhat ruefully. “I should have known that’s what people would latch onto.” But if you’re expecting to see an exposé of that controversial “religion,” you’ve come to the wrong movie. This is not to say Scientologists are going to like what they see. But Anderson, who gets a bit stressed when the subject comes up, finds himself “much more defensive and protective of [Scientology] than I would have thought.”

He can look back with humor at the brash young filmmaker who fought with his producers over every frame of his first film, Hard 8. “No one could possibly tell me anything, because I’d painted them as the enemy,” he says. “By Punch Drunk Love I’d mellowed, I felt more confident in myself. I didn’t have to defend every B+ idea I had.”

Kind of like the mixologist Freddie, who makes booze from whatever is at hand, be it guavas or paint thinner, Anderson gathered pieces for his movie from disparate sources. There were scenes he’d written early on for There Will Be Blood he’d never used. There were stories Jason Robards had told him on the set of Magnolia about his drinking days in the Navy during the war. Chunks of Freddie’s experiences as a migrant field worker and wanderer were lifted from John Steinbeck’s life story. There was his fascination with the larger-than-life Hubbard. “But I didn’t want it to be a biography. It’s not the L. Ron Hubbard story,” Anderson says. He was inspired by a quote he read that the period after wars was a particularly fertile time for spiritual movements to start. “That was a hook you could hang your hat on.”


When I mention that The Master, like so many of his movies, is about the creation of a makeshift family, and that there are similarities between the monomaniacal, alcoholic antiheroes of his last two movies, he seems slightly embarrassed. “I know, it’s the same thing again. No matter how hard I try to set out to do something different,” he says. “I wish I would have more diversity as a filmmaker.” It’s a complaint no one else has made.

NYMag has a good little profile on Amy Adams in the most recent issue which features a few quotes about working with Paul on "The Master" as well as a few spoilers you might want to hold off on until after you've seen the film.


“You’re the first person I’ve talked to about it,” says Adams, as if expecting a lightning bolt to strike. Anderson’s working methods were new to her. Even for scenes in which she was not scheduled to appear, she was instructed to show up, just to make her presence felt. “It was exhausting, but I love the effect,” she says. “She’s almost blurry.”

It all sounds a little, well, cultlike, with the secretive Anderson imposing his will upon a cast and crew systematically discombobulated by working methods designed to keep them subtly off-balance throughout. “I won’t go that far,” she says. “But I do kind of worship Paul. He’s magnificent.”

Read the entire piece at NYMag.