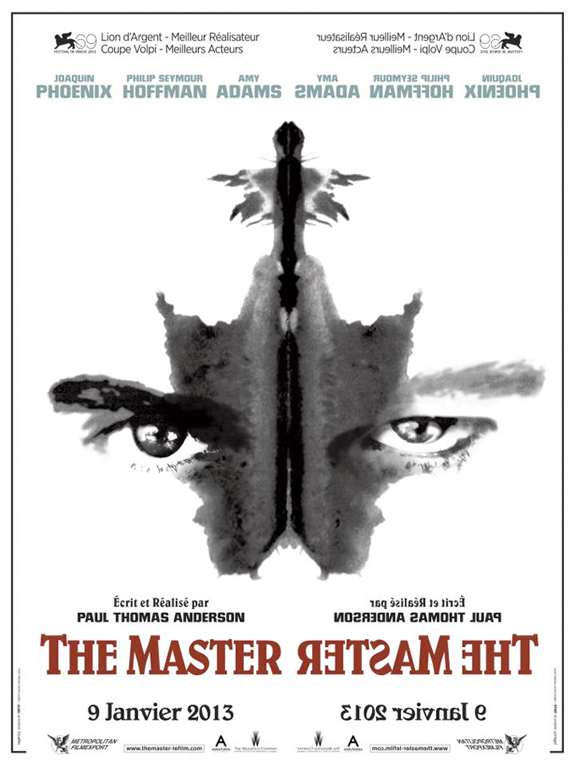 A new poster for "The Master" has dropped for the film's French audiences, though it should look familiar to anyone who went to the Castro screening in San Francisco last month (via The Playlist). The film will be released in France on January 9th.

Huffington Post sat down with actor Rami Malek who plays Clark, Lancaster's son-in-law, and he spoke about auditioning for Paul, what it was like working with Joaquin and PSH and more.


"It's all scripted. There's very little improv going on. But Paul just creates this environment of being able to play around with anything. As special and unique a filmmaker as he is, Paul is not beholden to what's on the page, necessarily. But, for the most part, we want to stick to it, because it's undoubtedly better than anything we're going to come up with on our own."

"The Master" is now playing in NY/LA and will open in 800 more locations across the U.S. this Friday. We have something fun planned to coincide with the wide release later this week, so stay tuned for that. In the meantime, you can watch a TV spot for "The Master" below. Oh, and "Punch-Drunk Love" is iTunes Movie Of The Week which means you can rent it in HD for $.99 or buy it for $9.99. (Thanks @yawnbrock)


If you are planning to see the film more than a few times, hold onto your ticket stubs, we may have some use for them...