‘The Master' Is Now Playing In Theatres 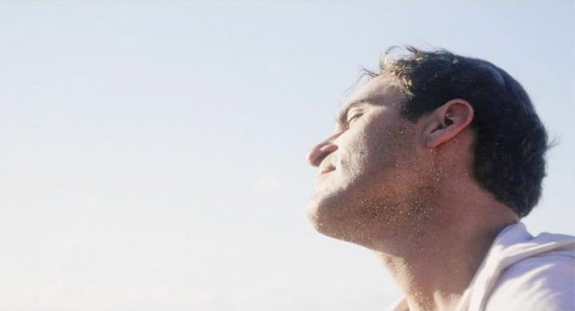 Today, "The Master," the sixth film by Paul Thomas Anderson finally arrives in theatres. It's been five years since "There Will Be Blood" (which itself was five years after "Punch-Drunk Love") so we wanted to take a moment to appreciate this moment which has been a long time in the making. The film was first announced nearly 3 years ago in December of 2009 but it was not an easy road to the screen. Universal, who had originally been interested in producing, passed on the film and actors who had been attached -- Jeremy Renner and Reece Witherspoon among them -- moved onto other projects. As 2010 wore on, it looked like the film may not ever see the light of day and it was a pretty dark time for PTA fans.

Paul even began writing another screenplay which looked like it had better odds of going forward and fans wondered if his Untitled Religion Project would ever see the light of day. It wasn't until February of 2011 that the film finally found financing through Megan Ellison and her Annapurna Pictures shingle. Four months later the film began shooting throughout California on a completely locked down set. Rumors swirled, those involved in the project gave only non-details about their experiences and Paul himself didn't speak a single word about the film until about a month ago. Nobody outside of production got a look at any of the principal actors until nearly a year after the production began. But through it all, we hunted down each snippet of information, rare as they were.

And then suddenly came the first photo, the teaser, trailers, interviews, secret screenings and on and on. The last three months have been a deluge after a long, long drought and we couldn't be more thrilled to try to keep up. Now, suddenly the film is no longer an abstract idea, it's real. And it's actually in theatres for us to watch, analyze and admire as many times as we want. If you aren't fortunate enough to live close to NY or LA, the film will most likely be in a theatre near you next week or sometime very soon. So see the film, see it more than once, take your friends and remember that we're lucky to live in a world where "The Master" exists. Because it almost didn't happen. And if you feel so inclined, why not drop @AnnapurnaPics or @meganeellison a quick note of appreciation.

We expect things to continue to be pretty busy around here for the next few months so stick around, lots more to come. Thanks for reading.