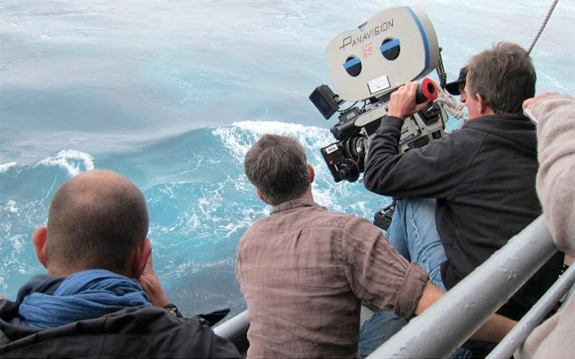 Invaluable film resource American Cinematographer magazine have featured "The Master" in their November issue. The cover story features an extensive 15 page interview with cinematographer Mihai Malaimare Jr. on the making of the film as well as a special one page note from Paul. You have to be a subscriber in order to read the full article but we've excerpted a few highlights below:

There is much much more in the article which you can read if you're an AC subscriber. You can also check out a full gallery of behind-the-scenes photographs on our Facebook page. (thanks Punch!)

This is your last week to enter our Gone To China Contest to win a copy of the soundtrack & a poster!