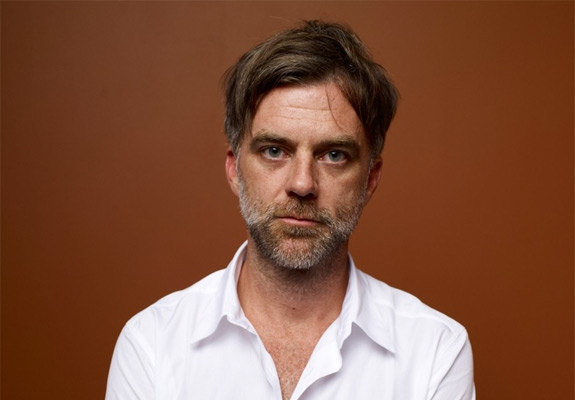 Paul Thomas Anderson on ‘The Master’ and going big for the wrong reason
By Ann Hornaday | September 21, 2012
Source: Washington Post

Perhaps the most useful way to describe “The Master,” Paul Thomas Anderson’s hotly anticipated film that opened Friday, is to say what it isn’t: It’s not a docudrama expose about the invention of Scientology, as many movie industry observers had assumed it would be. It’s not a sprawling study of a tribal subculture in the way that most of Anderson’s previous films — especially “Hard Eight,” “Boogie Nights” and “Magnolia” — have been. In fact, it’s not like any other movie currently in theaters. It’s a weird, often wonderful, occasionally confounding portrait of mid-20th century America that has garnered critical raves and festival awards but that just as likely will leave some viewers befuddled and bemused.

Talking to Anderson, who sat down for a brief interview after “The Master” made its North American debut at the Toronto International Film Festival, one gets the sense that even he isn’t entirely sure what he’s done with it. Soft-spoken and sweet-natured, the 42-year-old writer-director, hailed by many as the finest filmmaker of his generation, often stumbles for words as he talks about making his movie, which stars frequent Anderson rep player Philip Seymour Hoffman and Joaquin Phoenix in galvanizing performances.


“It was scary to begin with,” he says, describing the process of writing and filming “The Master.” “It was sort of like, what exactly are we in search of here, getting these two guys together? We kind of knew that we were in pursuit of something that we couldn’t quite put our finger on, but I think we knew it when we got it.”

The “it” Anderson speaks of is the peculiar interpersonal dynamic that drives “The Master,” between an alcoholic, sexually compulsive World War II veteran named Freddie (Phoenix) who comes under the sway of Lancaster Dodd (Hoffman), a charismatic leader of a nascent religious cult. Throughout the film, which takes place in 1950, the two men vie for control over each other, with Lancaster acting as a surrogate father figure to the rootless Freddie, and Freddie alternately embracing and lashing out against the older man’s attentions.

Fraught with some of the similar father-son anxieties that have threaded through previous Anderson films — most recently 2007’s “There Will Be Blood,” starring Daniel Day-Lewis and Paul Dano — “The Master” finds the director returning to themes even he has trouble articulating. “It’s probably gravity of some kind,” he says, explaining (or not) why his movies usually have highly charged male relationships at their center. “No matter what happens, it keeps coming back to these preoccupations you might have, or whatever.”

Scientology has come in for its share of bad publicity, including an eviscerating article that recently appeared in Vanity Fair about Anderson’s “Magnolia” star, Scientologist Tom Cruise. (At a news conference at the Venice Film Festival, Anderson said that he’d shown “The Master” to Cruise and that, “Yes, we are still friends. The rest is between me and Tom.”) Having extensively researched Scientology founder L. Ron Hubbard and other nascent religions, Anderson says, he changed his views on the movement while writing “The Master.”

“I probably felt like a lot of people feel, and I probably had a huge misunderstanding and was probably more dismissive than I’d like to have been,” he says. “Which I think is pretty common when it comes to Scientology. . . . The more that I sort of learned about the things that I did learn about, [the more] I sort of felt more invested. You sort of find ways to enjoy or love something that you don’t understand or are curious about. It’s not worth pursuing making a film in an effort to be nasty about something.”

One aspect of Scientology — as well as the Cause, its fictional analog in “The Master” — that Anderson was particularly taken with was the idea of past lives and time travel, which he considers a poignant trope for many of the bittersweet impulses that were animating Americans’ inner lives during the postwar years.

“Investigating another time when you might have lived is just inherently so hopeful and so optimistic and so sweet to me,” he says. “You see it in all the things coming out of that time, whether it was music and the songs of that period — everything was about ‘seeing you again’ or ‘I’ll find you someday.’ . . . You’re talking about finding ways to go back in time and to pick up some lost piece — and that stuff is just food and drink to me.

“There Will Be Blood” ended in the 1920s, when Dano’s character, an evangelical radio preacher, seemed to anticipate the same forces of religion, celebrity and hucksterism that “The Master” seems ideally suited to explore and elaborate. Anderson filmed scenes that explored the Cause’s collective interplay, but he says the idea lost traction in post-production.

“After collecting all this footage, when we got into the editing room it became clear that the marching orders, the party line to attack, was the love story,” he says, explaining that the film seemed destined to revolve around “two guys just desperate for each other, but doomed. Sadly doomed.”

To hear Anderson tell it, much of “The Master” was filmed on instinct: One sequence, in which Freddie runs back and forth between two walls in a grueling mental-conditioning exercise, came about after Anderson wrote a few lines describing the scene “not knowing we’d be doing it three days later.” The film reflects the same searching, indeterminate quality of its subjects, a not-quite-fish-or-fowl enterprise in which just about every cinematic rule has been thrown out. This includes the use of the widescreen format Anderson has favored throughout his career to make an intimate, even claustrophobic drama.

Inspired by the VistaVision movies of the 1950s, Anderson worked with 65 millimeter film stock, a choice he ascribes in part to “an old fogy thing” of working the way he’s familiar with and in part to push boundaries. In the film’s most memorable close-ups, Hoffman’s and Phoenix’s faces resemble VistaVision landscapes in themselves, full of soaring crags, expressive undulations and precipitous crevices. (Purists will be happy to know that “The Master” is being shown in 70 millimeter at AFI’s Silver Theatre and Cultural Center.)

It was “kind of fun to try to use it for maybe for things it wasn’t meant to be used for,” Anderson says of his iconoclastic visual approach. “The idea is, you’re supposed to use it for epic stories and do grand things, and I knew we were making a little chamber drama.” Anderson starts to laugh, admitting that he often had “a little bit of a guilty feeling, like, ‘Wait, are you supposed to do this?’ But it’s kind of fun to use something for the wrong reason.”