Inherent Vice To Screen At Castro Theatre This Thursday; Joaquin Does Letterman; More 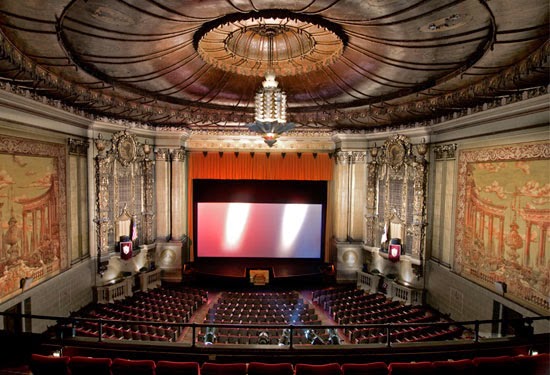 We've got a pretty healthy-sized news roundup for you all to sink your teeth into, as Inherent Vice prepares to open in New York and LA this weekend.

- Top of the heap, Inherent Vice will be having a special advanced screening this Thursday at the world-famous Castro Theatre in San Francisco at 8pm, with all proceeds going to the John Burton Foundation, a wonderful organization which helps homeless children. You can find more out about that organization here.

Tickets are still on sale and can be purchased here. 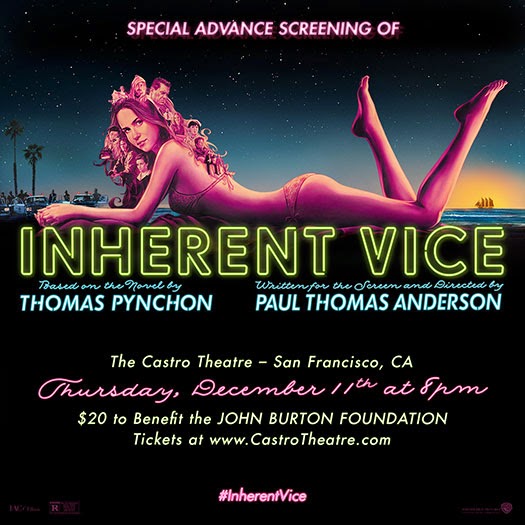 -Moving right along, there is an absolutely delicious piece in The California Sunday Magazine that delves into the production design of Inherent Vice with interviews and even early conceptual sketches provided by long-time PTA collaborators Ruth De Jong and David Crank. Read that here, if you're so inclined.

To that end, there's an outstanding article in Grantland which breaks down Paul Thomas Anderson's use of Los Angeles locations throughout his whole career, including pictures of the locations as they are today. Remarkable stuff.
- Finally, here's an interview PTA did with Indiewire. He touches on his relationship with both Joaquin and Thomas Pynchon. Some highlights:


Tell me about working with Joaquin Phoenix. It's such a particular performance. In the book, we get a real clear sense of his thoughts, but in the movie, much of that has been relegated to his expressions. How much of that did you coach out of him?

I'm not shoving off credit, I love to get credit, and I know he'll say something opposite. But you have to listen to me: It's him. It's really all him. Sure, he read the book and he would do things, and I would say, "That's good.” But it's him presenting it. It's all him. Don't listen to anything he says. He'll just shove stuff off, like, "Oh, I just did what Paul told me,” but that's his horseshit way of not accepting a compliment. All those little things he does, there's nothing I ask for, I swear to you.

Here's one thing you have to take credit for: Making a completely bizarre movie with studio money. Warner Bros. is releasing your version of "Inherent Vice” on thousands of screens. How do you get away with that?

Look, I love seeing that Warner Bros. logo at the beginning of this movie. It's so perfect. You're used to seeing that logo in front of all those old detective movies and stuff. I love that this has got that. It's just a good-looking logo. They've been wonderful to work with and we stayed within a budget that I think they were really happy with: This movie cost 20 million bucks. I think their pockets are really deep, so they seem OK with that. It's a great relationship.

What sort of relationship have you had with Pynchon over the years? There are so many books out there that could have been made into movies but haven't.

I don't know if it's a case of nobody asking, or what, but my relationship to him and his work has been intimate. I love him and I love his work. It's constantly nearby. There's a stack of books I haven't read yet, and yet I find myself constantly re-reading "Vineland.” It's borderline pathological. But I think that I had a kind of possessive feeling that if anybody was going to do this — if anyone was going to fuck it up, I would prefer that I would be the one to fuck it up. When you find writers you like, you get possessive. You get that kind of one-on-one relationship sometimes, this imaginary relationship you have with some writers you really enjoy. You feel that you're connected somehow to these words. It's this intimate exchange of sitting down to read somebody's book. If you do it enough, you feel connected to that writer, to that voice.

- Finally, 3 new TV spots for Vice have turned up on YouTube, strung all together in one video. One of the spots is almost exactly the same as PTA's "Spotted Dick" trailer for the Prince Charles screening last month.

Oh, and then there's this little cutie... 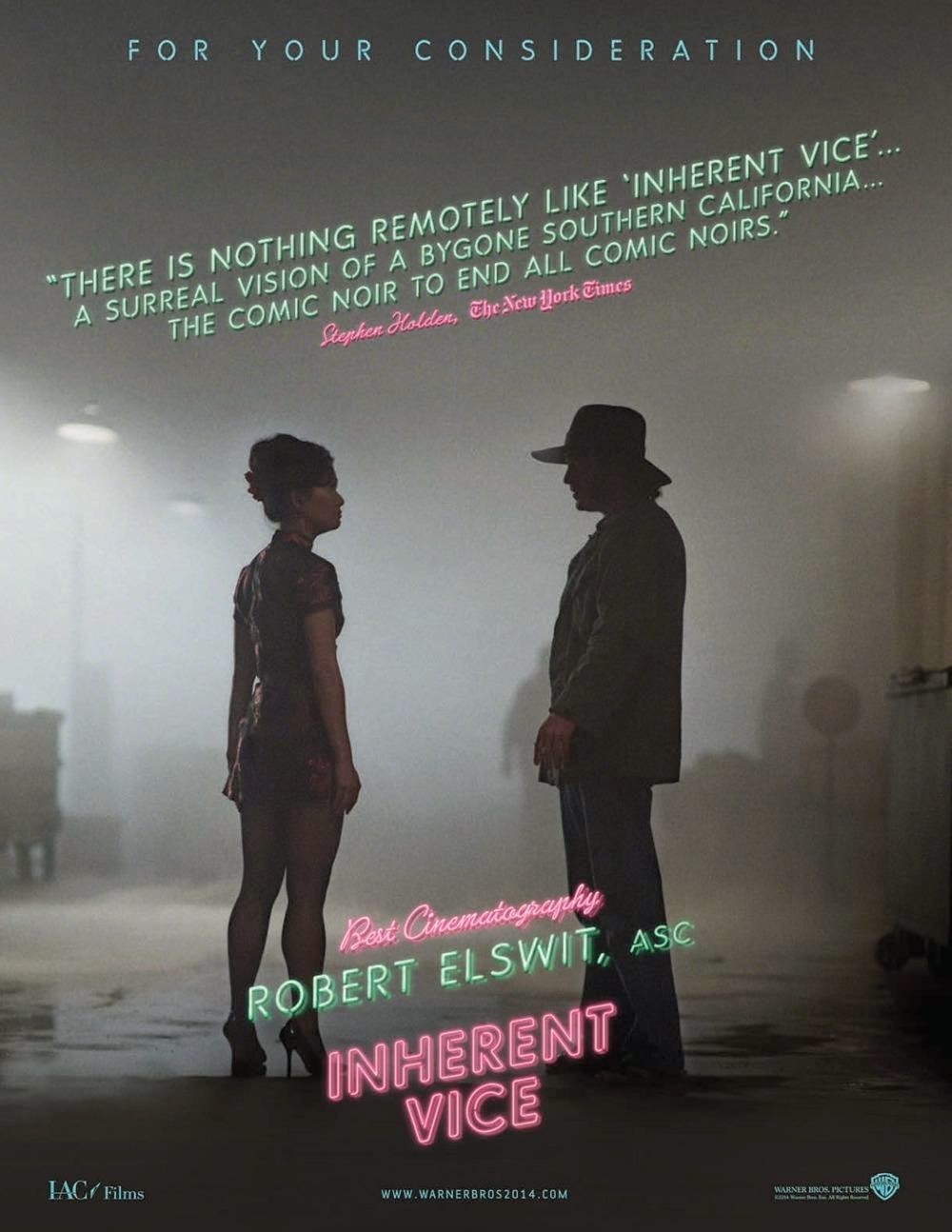 We're sure there will be much more to share in the next couple days/weeks/months. Stay tuned, dudes!

Find more information about the film on our Inherent Vice page.
Stay tuned to Twitter and Facebook for the latest news and updates
Posted by Bryan at 12/09/2014 06:15:00 PM