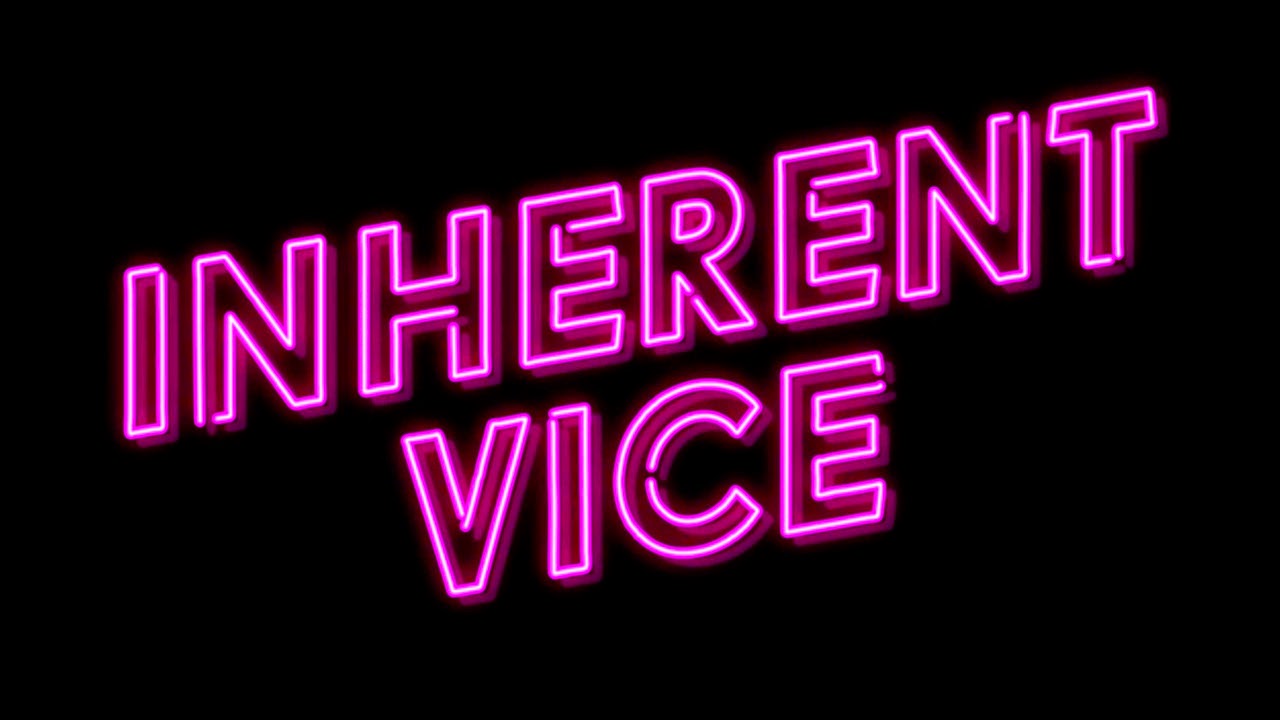 Today's the day, folks. Well, at least for those of you living on the East or West Coast. That's right. After whispers of a potential Thomas Pynchon adaptation first surfaced just over 4 years ago, Paul Thomas Anderson's seventh feature film, Inherent Vice, is now officially playing in theatres. 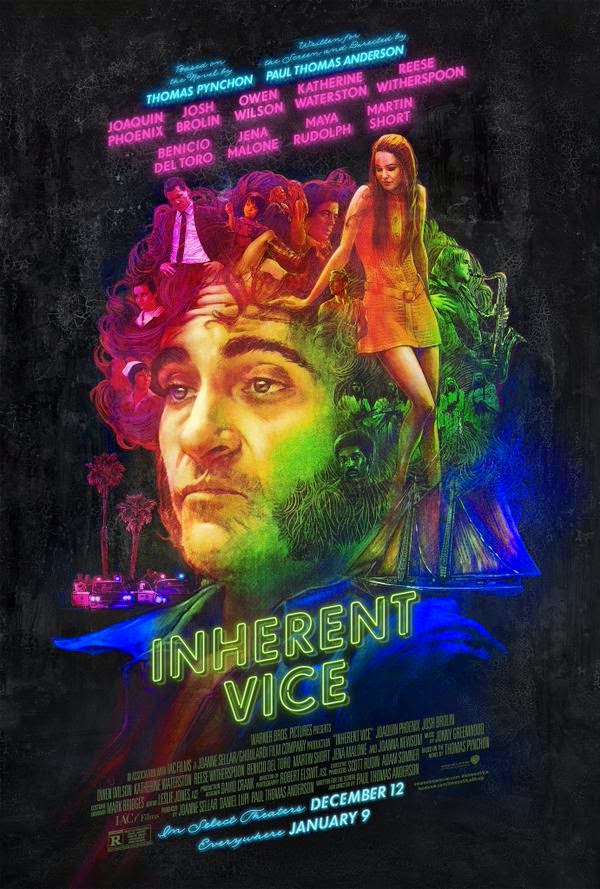 There are a couple insanely great pieces about PTA circulating out there today:
- One with Glenn Kenny over at Wondering Sound, in which PTA discusses the use of music in his films. A couple notable quotes to whet your appetite:


“A lot of the time we were shooting stuff that was silent. So there was a ton of stuff during dailies [where] there wasn’t a lot of dialogue. So it was very easy to plug the iPod into the speakers and kind of navigate around, whether it was Chico Hamilton again, or weirder stuff. A lot of the songs I kept playing, like ‘You Go To My Head,’ or ‘Two Blind Loves,’ some of which ended up in the movie, some of which didn’t. I remember particularly loving the feeling of ‘Two Blind Loves,’ and just having the knowledge of that song really was useful. There was one classical piece that I can’t remember now, that I’d play during the rushes, and even though it didn’t end up in the movie, it ended up informing how I shaped the mood of one of the beach scenes. So it’s always useful to play with material even if it doesn’t end up being used.” (One song used to startling effect is “Slow Boat to China,” sung in full by Philip Seymour Hoffman at the end of the film.) “What can I say? Nothing. Except maybe that I’d trade all my screenplays for a writing credit on that song. My ex-old lady Fiona [Apple] sings this song better than anyone.”

And when Kenny asked PTA whether Pynchon was a major influence behind the "Wise Up" musical sequence in Magnolia, the answer he gave might surprise you...


I asked Anderson if Pynchon was perhaps a subterranean influence on the “Wise Up” scene in his third feature Magnolia, in which stanzas of Aimee Mann’s mordant song are voiced by a procession of the film’s suffering characters. “I have to say, if I ever get a do-over on Vice, I would work a Pynchon song into it,” Anderson answered. “As for Magnolia, if I had a do-over for that, I might take the singing out. I know people like it but I’m not sure the movie’s better for it. I could have gotten to them frogs falling a little faster without it. I don’t know that I had Pynchon in the back of my mind when I did it, I just thought, ‘This is a good idea.’”

Read the whole interview in the link posted above these quotes.

A great interview with PTA turned up in Filmmaker Magazine, which the author was kind enough to pass along to us. Here's a great quote from the man himself:

"The only thing I ever really look at in movies is the actors. Obviously there are great movies with great production design and that kind of stuff, but… it probably comes from my first movie, where I realized early on that I didn’t have any money and I was telling a small story, but what I did have was these great actors, which ended up being the most important thing you could have. I remember talking with Jack Fisk on There Will Be Blood about needing money to do special effects, and he said, “We’ve got the best special effect there is, we’ve got Daniel Day Lewis!” And he was right. A nice two-shot with two actors performing great dialogue, that’s a staple of the movies of the ’30s that I love the most.

I don’t fetishize ’70s movies the way some people do. I love them, but my models are those ’30s films, and I’m always trying to emulate that. Sometimes you can’t – sometimes you try to get things in one shot and you realize you’re forcing the staging, and you have to own up to the fact that it’s not working. You always have to keep an eye on it to make sure that your visual ideas aren’t affectations, and that you’re not just adhering to some kind of dogma. But when you can make that kind of thing work naturally, it’s just the best."

You can read that entire interview here.

Find more information about the film on our Inherent Vice page.
Stay tuned to Twitter and Facebook for the latest news and updates
Posted by Bryan at 12/12/2014 04:35:00 PM