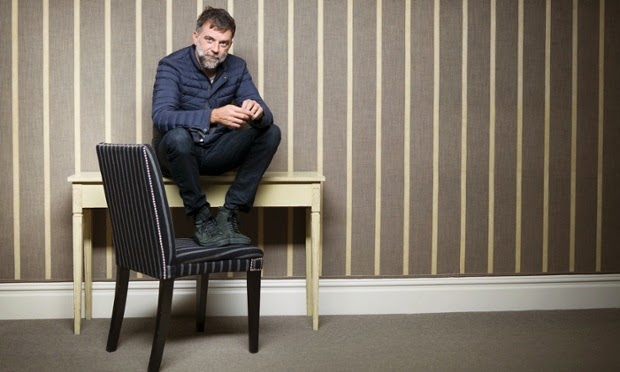 It's New Years Eve so we'll keep this roundup short and sweet for you all:

A couple delicious new TV spots for Inherent Vice have been made available on YouTube.

Up next, Katherine Waterston stopped by QTV for a 20-minute interview on Vice, and was radiant and charming as always. Watch!

PTA sat down and talked with Mark Kermode for an interview in The Guardian and gave some really interesting insights into the making of Inherent Vice. Here are some highlights:

[Composer Jonny] Greenwood proved a key collaborator on Inherent Vice, despite Anderson originally telling him that “I won’t need that much music – which of course equals ‘I’m going to need a lot of music’. When Jonny first read the script there was all the stuff in there from the book about the Arpanet, which was like the original internet computer. So he started out doing some more electronic stuff, as if these sounds were coming out of the computer. But then these other ideas started to present themselves – orchestral ideas. It’s now getting to the spot in my relationship with Jonny when I can maybe mention a thing or two but really just leave him to his own devices. He’s always the first viewer, too.”

PTA also retroactively defended his composer in his Oscar disqualification in 2007, saying "Oh, the fix was in, wasn’t it? They just couldn’t stand the idea of a guy in a rock band with moppy hair being that good, I suppose. But hey, no sour grapes.”


“Well,” he says, “those movies you mention are musicals in the sense that the music is woven so strongly inside them. I think that’s probably true of There Will Be Blood too. But starting with The Master, I was working on things that had a little more dialogue. You know, there’s music in there, but the film isn’t structured like a musical. This was more a matter of just driving to the set each day and listening to some stuff Jonny had sent me, or listening to Can, or Neil Young [both feature on the soundtrack] over and over. That’s what we were trying to do – to make a movie that felt like a Neil Young song, that has that sweet sadness to it.”

On the subject of finding the looks for each character, PTA reiterated that Owen Wilson's Coy Harlingen borrowed a lot from late Beach Boy Dennis Wilson, and, awesomely, Zoot from The Muppets. His take on Doc Sportello was just as interesting:


"As for Doc, we really stole his look from Neil Young circa 1970, with the mutton chops. Some of the wardrobes on Doc are a straight rip of him. I don’t think you can make a movie about this period and this culture without looking directly at him.”

You can read the entire interview, which is great, here. 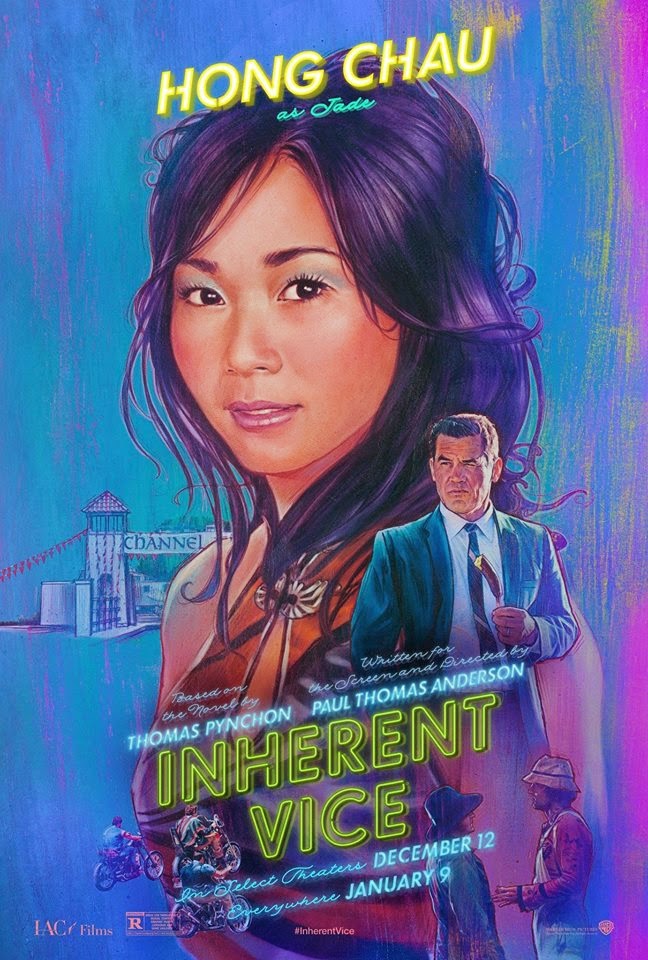