Some late nite candy for y'all. Today, Radiohead posted a video on their official youtube channel of a live performance for their song "Present Tense" off their latest album A Moon Shaped Pool, and looky who the director is!


UPDATE: This Tweet from Radiohead's longtime producer Nigel Godrich has been brought to our attention... (thank you akash) 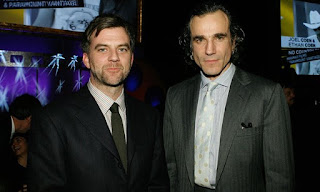 The project is expected to start shooting early next year and release late next year, with Megan Ellison's Annapurna Pictures still on board to produce. The report also makes an update about the movie: it will actually be set in the 1950s fashion industry of London, rather than early reports stating it would be set in New York.

We're expecting news to start dropping a bit more precipitously now, so do keep checking back for more info as it becomes available. Folks... looks like this thing is really happening!