As some of our more sleuthing readers might know, the script for Inherent Vice became quietly available to read through an (awesome, free) iPhone app called Weekend Read a couple weeks ago, but for the life of us, we could find it absolutely nowhere else online. We didn't want to post about it until we could deliver the real thing, and today Warner Bros. has remedied the situation.

Download/read/do-with-as-you-wish a .pdf of the Inherent Vice screenplay right here.

(Thanks SuperGnodab!)
NOTE: While the title page refers to this as the "final shooting script", the draft available for download is almost certainly a "for your consideration" draft - a version of the script which is prepared by the studio after the movie is completed to submit for awards consideration. FYC scripts are generally cut-and-pasted together from various revisions and cleaned up to match the finished film as much as possible. While we can be confident PTA wrote these pages, we can also be confident they were shifted around and reorganized to more or less replicate what is seen in the final cut of the movie. This would also explain why the title page is dated for after the production had already wrapped. More info about different kinds of scripts can be heard deep-ish into this episode of the Scriptnotes podcast. 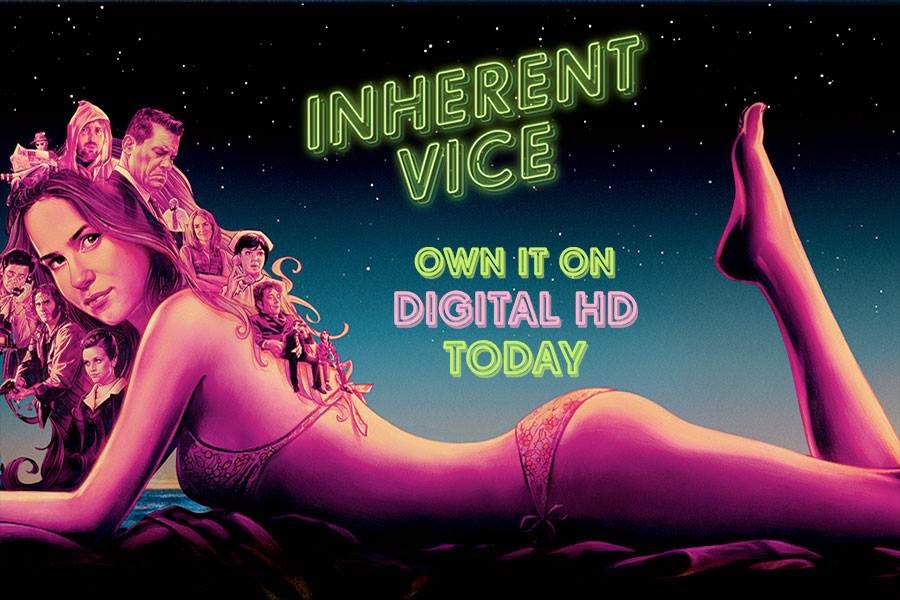