Chicago: Enter to Win Tickets for Screenings of "Inherent Vice" and "The Master" on 70mm 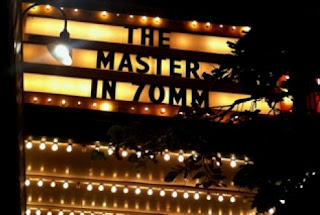 If you live in Chicago and like seeing movies on film, you probably already know about The Music Box Theatre's annual 70mm festival, which started after Paul Thomas Anderson brought The Master to town in August of 2012 for its second-ever public screening.

As it turns out, The Master is returning to The Music Box on 70mm for this year's festival, which kicks off this weekend. What's more, the rare 70mm blow-up print of Inherent Vice will also be shown.

And wouldn't you know it, we have a couple admit-two passes to give away.  So if you live in the Chicago area and are interested in seeing these movies on glorious 70mm, here are the instructions to enter:

Winners will be emailed this Friday morning and will need to confirm their preferred showtime by 6:00 PM Friday evening. If a winner has not confirmed by that time, we will draw another name. Feel free to visit musicboxtheatre.com for more info on the theatre and festival.