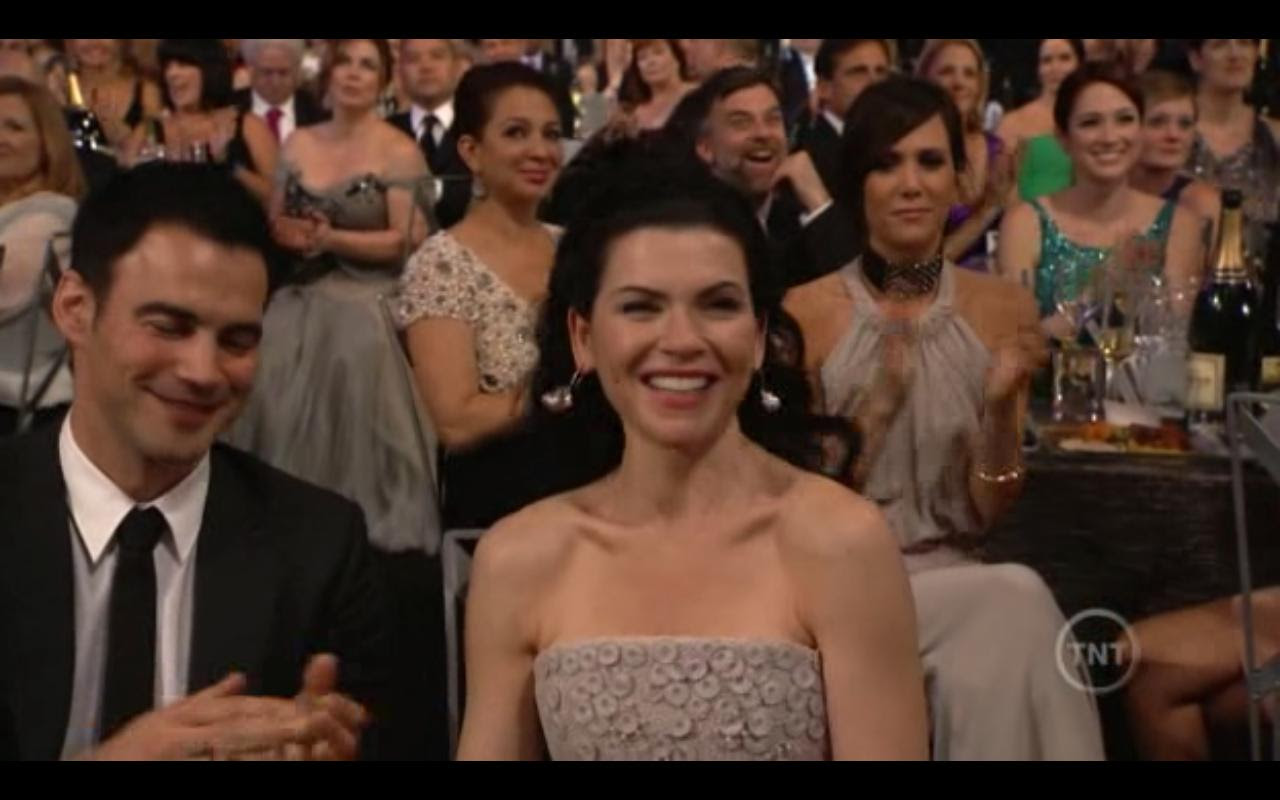 No, it's not 'The Master' news but at this stage in the game a public PTA sighting is still pretty newsworthy on its own. So while we didn't get a chance to see it for ourselves, we heard through the grapevine that Paul was spotted at the SAG Awards last week at the 'Bridesmaids' table with his lovely partner Maya Rudolph. Moreso heard that he was spotted making funny faces and "photobombing" Julianna Margulies so we had to see for ourselves and yes, they are indeed pretty funny. Thanks to @nicksimpsonftw for the screencaps! 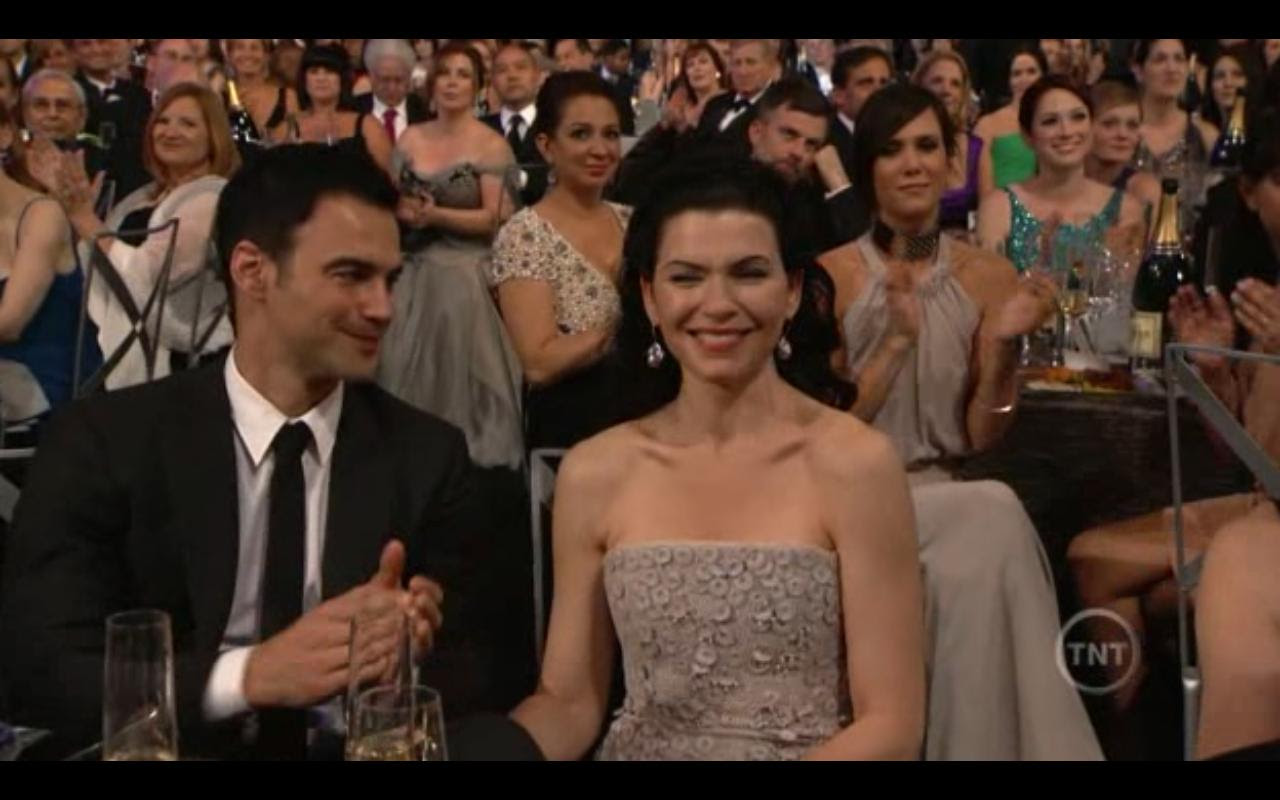 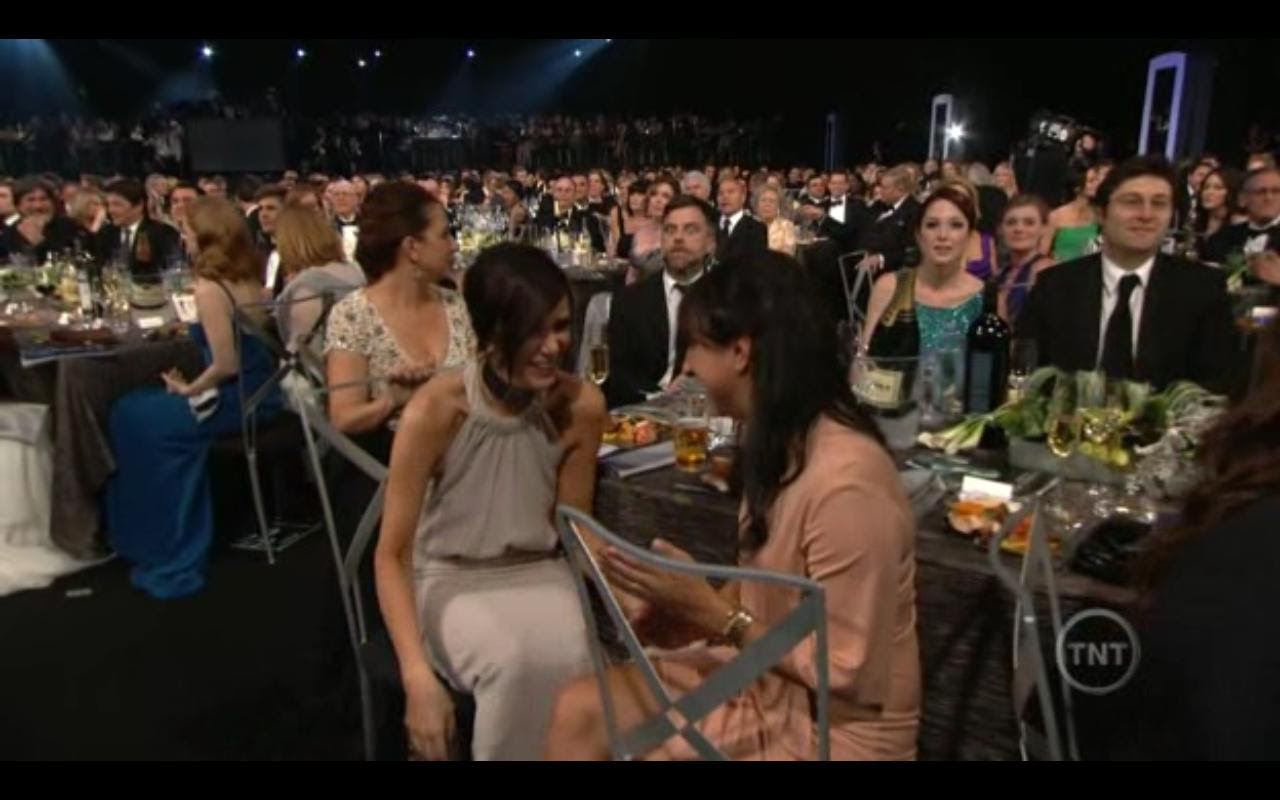 Sometimes it pays to be on Twitter all day. Thanks to Cinema Blend (via @florian_jonquil), it appears three of Pixar's finest directors -- Andrew Stanton ("WALL·E"), Brad Bird ("The Incredibles") and Lee Unkrich ("Toy Story 3") -- ended up discussing 'The Master' of all things. We already knew that Unkrich was a fan, so it's great to hear that Paul has many admirers at the brilliant animation studio. The filmmakers were discussing large format film as Bird's latest, "Mission: Impossible: Ghost Protocol," was partially shot in IMAX while several upcoming films like "The Dark Knight Rises" will utilize the format as well.

We were the first to break the news that 'The Master' will be shooting in 65mm though it's still a little unclear whether it will be a mix of 35mm and 65mm (as we received conflicting reports from sources inside production). Well, 9 months later our scoop has been confirmed by Stanton, who drops a little insider knowledge that the production nearly lost one of these cameras while filming in the Bay. (Let's hope it wasn't Kubrick's!) Bird confirms that the film was shot in 65mm not IMAX.

Though the difference between the two is not something most laypeople would be able to differentiate someone in the comments has helped set them/us straight.

Thanks Mike! Stay tuned to Twitter and Facebook for the latest news and updates. Oh, and if anyone from Pixar is reading this, we love you. Please hire us. Thanks!
Posted by modage at 1/12/2012 09:51:00 AM 11 comments:

Drivers, The Unsung Heroes of Hollywood

Twitter follower @AnthonyGAguiar passed along a video of behind-the-scenes interviews on the set of a 1992 Robert Conrad made-for-TV movie called "Secret Vows." Why is this relevant? The video is hosted by a 22 year old Paul and it is delightful. "You got me? Okay." Enjoy.

All quiet on 'The Master' front despite our hopes/wishes/dreams that we might see something around Christmastime. The film is starting to show up on a lot of 2012 Preview pieces which we may compile into something, should anything interesting come of them, so keep sending them along on Twitter and Facebook.
Posted by modage at 1/03/2012 02:50:00 PM 12 comments: