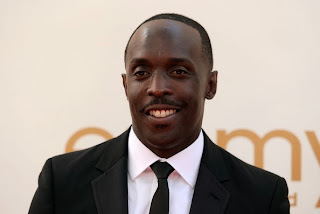 Today, we can confirm something which has been sputtering through the rumor mill for the better part of a couple months now. Michael Kenneth Williams -- better known as Omar from The Wire, and Chalky from Boardwalk Empire -- will indeed appear in Inherent Vice for Paul Thomas Anderson next year, according to Deadline.

Williams' part in the film is still unknown, but with this development and the announcement of Eric Roberts' participation last week, it would appear that there is still plenty about this movie for us to be pleasantly surprised by in the weeks and months ahead. Hang in there, folks!