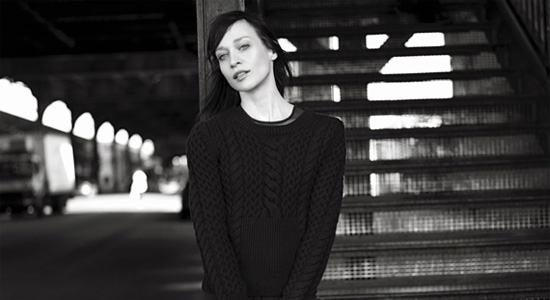 
We beg to differ, as a new PTA music video would definitely be "most notable" for us. As you may know from reading these many profiles of Fiona, her new album has actually been finished for about 2 years but she (and her management) didn't feel it was a good time to present it to her label who were going through quite a bit of turnover at the time. It appears Paul began working on this video sometime after that most likely, but definitely prior to beginning filming on "The Master" back in June of last year. With the film nearing completion soon, it's possible that he may return to it and finish the video sometime this year. Or perhaps he was just noodling around for a friend and it may never see the light of day. Fingers crossed for the former.

In the meantime, do check out "The Idler Wheel..." (via @markromanek) and stay tuned for one more (very important) little post we have coming later today. (Superfans will probably know what this one is.)