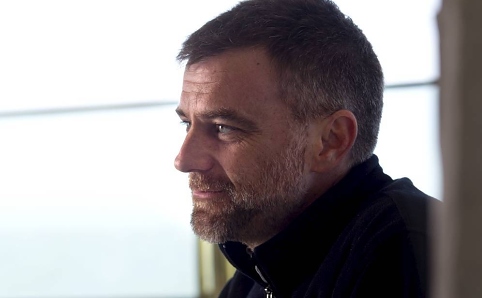 Paul Thomas Anderson interview
The director talks to Time Out about making his latest film, 'The Master'
Source: Time Out London


‘The Master’ arrives in cinemas loaded with expectation. It’s the first film from 42-year-old American writer and director Paul Thomas Anderson, the director of ‘Boogie Nights’ and ‘Punch Drunk Love’, since his stunning 2007 film ‘There Will Be Blood’.

The film has also been the subject of endless chatter since it was mooted. Would it be ‘about’ Scientology? Was Philip Seymour Hoffman playing a version of the controversial religion’s founder, L Ron Hubbard? And what would Tom Cruise (who starred in Anderson’s 1999 film ‘Magnolia’) say and think about the whole thing?

The film itself is a marvel. Set mostly in 1950, it stars Hoffman as Lancaster Dodd, the founder of a religion called The Cause – based on the early incarnation of Dianetics, the belief system of Scientology. But it’s more accurately the story of Freddie Quell (Joaquin Phoenix), a troubled sailor who stumbles out of the war and into Dodd’s open arms.

Dave Calhoun spoke to Anderson by phone from Sydney, on the eve of the film’s release in London, where it will first open as a 70mm presentation (it was shot on the rare 65mm format) in the West End before opening across the country two weeks later.

There was so much early talk about your film’s relationship to Scientology. Did that amuse, interest or distract you?’
‘All of the above! You have to swat it away like a fly. It’s just that word – “Scientology” – that people applied to us. It makes people’s ears start to grow and little antennae come out of their head and their eyes get wide. I was concerned that there was an expectation that the film would be something that it wasn’t. Once we did some early sneak screenings back in August, nobody was talking about Scientology; they were talking about the characters.’

You’ve said before that the character of Freddie Quell came first – this wandering loner who ends up joining Lancaster Dodd and his ‘Cause’. Is that right?
‘Yeah, I think that’s very fair to say. If you were going to make a movie about Scientology, you wouldn’t make this movie. For a long time it was a collection of pieces and ideas – and especially the character of Freddie – that didn’t have a home.

‘It’s an age-old thing: the sailor story. The sailor who’s lost on land but at home on the seas. But I didn’t have enough plot or momentum, and this story started to come together a lot more when Lancaster Dodd, the Master, came into it. Then it was clear that there was no going back.’

You include a thrilling early scene in which Freddie, fresh from the war, is trying to hold down a job as a photographer in a flashy department store – but then he loses it spectacularly.
‘It’s nice just watching Freddie trying to maintain – trying to keep a smiley face with that smart suit on. It’s like trying to put a diaper on a monkey, with a little tiny hat. It feels like that to me.’

That suits Joaquin Phoenix. He doesn’t seem comfortable with the public side of acting. He dealt with that – fame, celebrity, perceptions of him – in the 2010 mockumentary ‘I’m Still Here’.
‘Completely. I loved that film, but there’s some inherent problem with it that I can’t put my finger on. But I loved watching him perform and run around in it.

‘Listen, God, how mad can you be at an actor that’s that good at his job and that bad at promoting your film? I wouldn’t change it for anyone. It’s so hard to be mad at anyone who can’t function in that way. Isn’t it fun when someone can’t fucking stand it? I want my movie stars to be dangerous, annoyed and incapable of taking horseshit. I prefer them that way.’

Once you brought these characters, Freddie and Lancaster, together in ‘The Master’, how strict were you that The Cause had to reflect the reality of L Ron Hubbard and early Dianetics?
‘I have to say, I do the research and throw it away. I hope it’s not disrespectful to some of the details. Sometimes it’s pure laziness. You’re grabbing what you need. I’m the worst researcher in the world. If I read two lines and it’s suitable to what I need in the moment, I just grab it. It’s selfish, but fuck it, I think that’s okay, right?’

How did you react personally to your research into some of the early processes of Dianetics?
‘This might sound strange, but it’s pretty hard to sit there and learn about that stuff and not be affected by it in positive ways. You don’t have someone shoving it down your throat, and you’re reading some deceptively simple ideas, little things that you can apply to yourself. I’d find myself coming up for dinner and perhaps being frustrated and I’d find myself implementing rule number 43 or whatever it was!’

You’ve said you always had Philip Seymour Hoffman committed to the role of Lancaster. But was casting Joaquin Phoenix less certain?
‘I was deep into the writing when Joaquin was doing “I’m Still Here”, and Philip and I would have conversations, like, “How much longer do you think he’s going to be doing that?” He was shooting that for like six or eight months – living that fat, crazy life with that beard. We considered him then, but he was doing that, so I spoke to Jeremy Renner about doing the part. But it ended up working out with Joaquin.’

His performance is so all-encompassing. He must have taken the role somewhere totally different from how it was written…
‘I can’t even remember what I might have thought or seen before he started doing it. He just obliterated whatever idea I had. It took a week or ten days on set before he found it. Then something overtook him.’

You say it overtook him. Does he stay in character all the time?
‘Yeah, he’ll kind of stay within it. That’s not to imply that when you speak to him, he doesn’t register that the catering is behind him. I’ve seen that: actors who try to maintain some kind of character integrity all the time, but as soon as the catering comes by they’ll dip into it and munch on the cookies.’
Well, you had the joy of working with Daniel Day-Lewis on ‘There Will Be Blood’.
‘Yeah, he’s not one of them. He does not take the cookies! Honestly, I think it’s more superstition and practice than anything else, that kind of acting. If you’re playing make-believe and then you go to bed and have to wake up and do the same – you couldn’t remember what you were doing. What voice was I doing? What was I thinking? It’s paranoia that you’re going to lose it, that you’re going to give a wildly different performance from one day to the next.’

How do you approach working with actors like Daniel Day-Lewis or Joaquin Phoenix?
‘I’m sensitive to them, but honestly I think the best way you can service actors like Daniel or Joaquin, or any of them for that matter, is a bit more of a nuts-and-bolts approach. Not as rough and rugged as John Ford, but I think there’s a kind of economy to that directing style. The worst thing you can do as a director is not let an actor know how many shots you’ll need. That drives them crazy. Or doing 40 shots for a scene that should take one or two. The best thing you can do for an actor is let them know what’s going on.’

You’re working with the famously hands-on distributor and producer Harvey Weinstein on this film’s release and Oscars campaign. You said recently you’d done a U-turn in your opinion of him.
‘Yeah, I’ve done a U-turn. But don’t worry: my eyes are still in the rear-view mirror. I’ve got one hand on the baseball bat. No, he’s amazing. He’s a throwback, he’s crazy. He’s very charming and very lovable. Slightly scary, but nothing I can’t handle.’