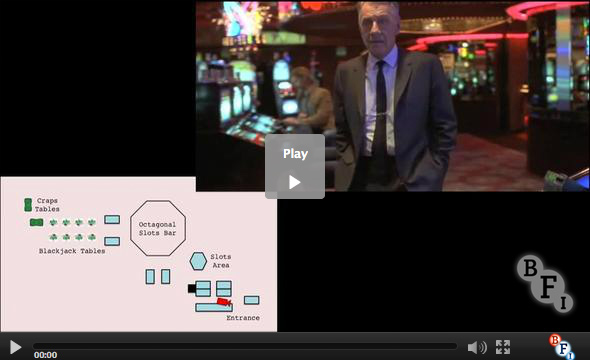 Hope everybody had a good holiday, we have a few random odds & ends for you this morning. First up is this analysis of all of PTA's Tracking Shots by Sight & Sound. It's an excellent video which shows the evolution of the camera movement throughout his filmography and definitely worth a viewing if you haven't already seen it. Secondly, we have a quote from SNL MVP Bill Hader who was on Elvis Mitchell's excellent podcast The Treatment back in September (but we just got around to listening).


"You're into what you're into. And people can be into a lot of different things. It's funny too - when you meet people like Maya Rudolph is with Paul Thomas Anderson and Paul Thomas Anderson hangs out at SNL a lot. And I'm a huge, huge fan of his movies. But when we talk about movies we talk about like, 'Chud.' You know? Or we talk about how we both saw a double-feature of 'Darkman' and 'My Blue Heaven.' And he's goes, 'I saw that double-feature!' And I was like, 'Yeah, I went into 'Darkman' and then snuck into 'My Blue Heaven'.' He goes, 'They came out the same week and.. [trails off]' You know what I mean? Those are the things you're kinda into."

"My Blue Heaven" and "Darkman" are both available from Netflix if you'd like to recreate your own double-feature. Comedian Patton Oswalt spoke to Onion AV Club about his Random Roles and gave the following hilarious anecdote about appearing in "Magnolia."


Magnolia (1999)—“Delmer Darion”
PO: Delmer Darion. God. I was doing a show one night, and I went back in the kitchen and was hanging out, and Paul Thomas Anderson was there. We were just talking, and he was like, “I’m doing this movie if you want a part in it.” I said, “Yeah, sure.” So they called me the next day and said I needed to come in to be fitted for a wetsuit. I said, “Can I see the screenplay first?” And they were like, “Nope.” So I went in and got this custom wetsuit made, and they gave me two pages of the script and flew me to Reno. We shot this scene and then hung out all night drinking. And a week later, we were shooting and I was in the wetsuit. It was so hot to the point where I wasn’t even sweating anymore. And Paul was dumping bottles of water on my head to keep me from passing out and I was like, “Paul, what are we doing?” He said, “I can’t say right now, but I’ll just say that you are the first frog that falls out of the sky.” And I went, “Okay.” So that’s what working with PTA is like.

Sounds about right. And finally there will be a PTA Retrospective in London at the Prince Charles Theatre starting January 23 and showing all of his films (bar "The Master" which you can now pre-order in the U.S. on DVD/Blu).