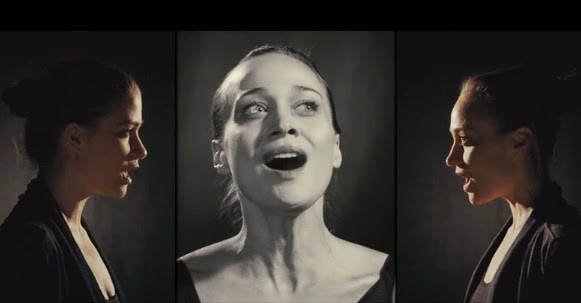 
During the promotional tour for her latest album "The Idler Wheel...", Fiona Apple mentioned Paul and her had begun developing a video for Hot Knife prior to filming "The Master." The video finally dropped late in the principal photography phase of "Inherent Vice."

The music video for the original track "Here We Go" was edited by Paul, and created from alternate takes & unused sequences from Punch-Drunk Love. The video was initially released within a 13 minute sizzle reel montage on an extremely limited/rare DVD release titled "Blossoms & Blood."

This video seems to be done to the morning after the song's lyrics take place. With Fiona Apple waking in her clothes from the day previous, with signature shots such as Fiona yelling into the ear of her contented image on television. The last moments of the video are cut to the fast beat of the song, a very tricky and time consuming editing technique.

AIMEE MANN - SAVE ME
Released: November 1999

PTA says its "The most expensive music video ever shot", as Aimee is inserted into a re-created crucial scene of each of the 9 characters. Cut much like a sing-a-long with many new stunt shots that were created for the video, including one with a moving piano, tables & a spinning couch with Hall & Aimee all moving at once throughout the frame.

FIONA APPLE - FAST AS YOU CAN
Released: October 1999

The video was shot with many of the new camera tricks & techniques PTA was experimenting with in Magnolia. The opening of the video is shot with the 1920's Lumiere camera Paul used for the Greenberry Hill sequence, as well as a new effect; having the camera operators dropping different lenses into the camera while filming, creating the circular/flip cuts in the train station.

From the soundtrack of "Pleasantville."' Filmed in 5 long continuous shots, consisting of Fiona Apple oblivious to the chaos of many men destroying a soda shop. Many impressive moments, including the camera passing across a mirror & its reflection is not shown. Shot in black & white featuring a prominent cameo by John C. Reilly.

Shot in one of the longest hallways in North America, "Try" includes "Boogie Nights" talent (Hoffman, Walters, Jane). Look for an homage to Pollack's "They Shoot Horses, Don't They?". PTA trickery: Michael Penn weaving in and out of the hallway (into a door, and ending up behind the camera, as it continues to pull back.)