‘The Master' Could Be Headed To Venice; John Huston Influence 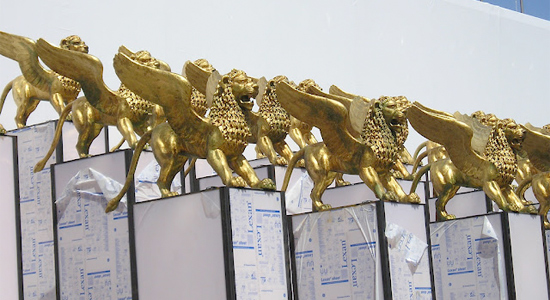 Back when the rumors started to heat up that "The Master" might be making its Cannes debut, we did a little piece running down the odds on which festivals we thought had the best shot of scoring the film. While we always thought Cannes was a long shot (just seemed a bit too early), we gave better odds to the Venice Film Festival which runs from August 29-Sept 8 this year. Though PTA has never premiered one of his films here, like Cannes the fest always pulls through with an impressive lineup. But unlike the recently concluded fest, the timetable puts it about 5 weeks out from the Oct 12 opening of the film, just enough time to start building some real buzz.

According to an article in the Hollywood Reporter, festival artistic director Alberto Barbera promises a “more sober, less glitzy” version of the festival with new films by Brian de Palma, Terrence Malick and Paul Thomas Anderson as "likely candidates." So while the festival is hot to pursue "The Master" we probably wont know for the next month or two if it's actually playing there as it's still a bit early for a confirmed lineup. Also worth noting is that if the film does premiere in Venice, there's a good chance for a screening either at TIFF or the NYFF which fall immediately afterwards.

In other news, a reader recently passed along this link to a blogpost that points out some similarities between "The Master" teaser and a John Huston documentary called "Let There Be Light" which chronicled soldiers suffering from psychological wounds suffered in WWII. Similarities are such that we have no doubt that PTA probably came across this as part of his research and would be worth watching a few minutes of over at the Film Preservation site to see for yourself. (Good find, D.H. Sayer!)


And in an interview with GreenCine, Robert Downey Sr., who we already know has seen 90 minutes of "The Master" said the following.


Paul Thomas Anderson has cast you in bit parts in a couple of his movies, though.
I can't remember any lines or anything. He'd say, "What are you going to do with this?" I'll do my best. I knew him before he made his first film. He's great. I'm proud of him, my god. I've seen 90 minutes of his new one. It's just good. It's not really about Scientology. It just takes place in the '50s.

So there you have it. As far as the Scientology stuff goes, Laura Dern said it pretty well a while back, "In terms of the subject of ["The Master"], and all of the films [Paul Thomas Anderson] makes, he dances so comfortably in the gray. When he takes on the subject matter, any subject matter, he is there to examine what it offers; not just take anything down. It’s funny when people think filmmakers are irreverent. It’s like, “Ooh, what’s he doing. I heard the movie’s about dot dot dot.” They go, “I bet he’s really going to attack it.” In fact, he tries to uncover what he loves. What the worth is in something." So just keep that in mind once certain parties start trying to turn this into something. (via xixax)