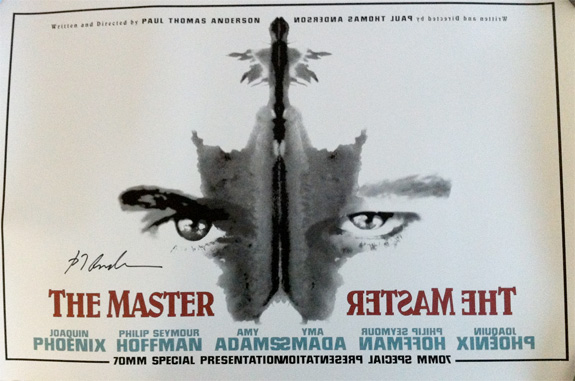 "The Master" screened again on Tuesday night for those lucky enough to be in San Francisco and score tickets to the special event at the Castro Theatre. We've read various accounts of some lucky attendees via Twitter and it's great to see people so touched by getting to spend a few moments with Paul. Hopefully CJ will chime in sometime soon with his own thoughts on the event but in the meantime we've got a look at the limited edition print being sold at the event signed by the man himself. (Image via @Power_Lloyd) Not to be too cryptic but stay tuned, we should have something very special for you guys coming up in the near-ish future.


We were also sent along a very nice print of "There Will Be Blood" by artist Tony Johnson whose work will be part of a film poster exhibition taking place at Print Club London on the 31st August 2012. Tony says, "The exhibition curators have selected 40 artists to create a screen printed poster inspired by a movie of their choice. I am one of the selected artists and I've created a There Will be Blood inspired poster titled I Drink Your Milkshake These are available as a limited edition of 40 prints and are priced for a steal at £40 each. They can be ordered directly from Print Club London when the show opens." More details on the show can be found here. 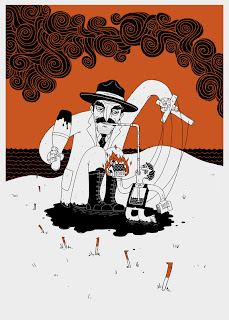 Email ThisBlogThis!Share to TwitterShare to FacebookShare to Pinterest
Article Mentions: castro theatre, paul thomas anderson, poster, the master, there will be blood