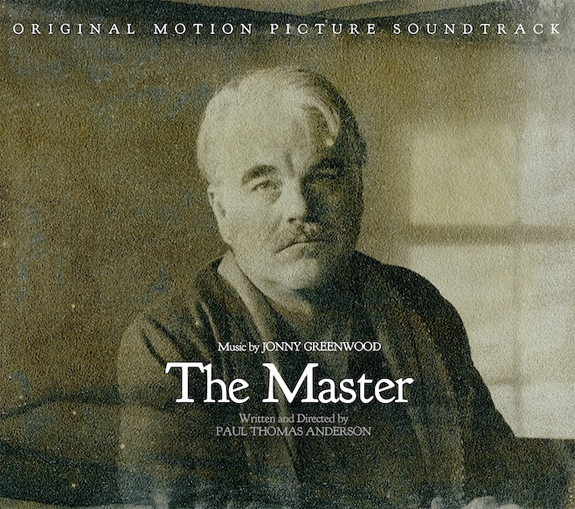 As we told you on Sunday, "The Master" soundtrack will be released on September 11th via Nonesuch Records. Today Pitchfork has the details for this release including the tracklisting and a link to pre-order. See below:

The site claims, "Pre-orders of The Master soundtrack are available now in the Nonesuch Store and include an instant download of Greenwood’s "Application 45 Version 1" from the album." So download away.

You can also preview track 10 "Baton Sparks" which is featured on the previously released Jonny Greenwood/Krzysztof Penderecki collaboration album "Threnody for the Victims of Hiroshima / Popcorn Superhet Receiver / Polymorphia / 48 Responses to Polymorphia" below. (via @Tyler23Durden)

Update 7:15pm: You can also preview the track "Application 45 Version 1" over at Tumblr.  (via the comments below.)