‘The Master' Confirmed For 70mm Screening At TIFF 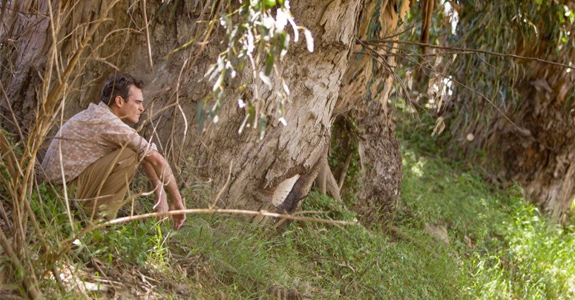 Earlier today Cameron Bailey (Artistic Director at TIFF) tweeted that the Toronto International Film Festival would be adding a few more films to the already stacked lineup. So we sent a reply asking if perhaps #THEMASTER70MM would be one of the aforementioned Gala's (as rumored) and he decided to let the cat out of the bag a little bit early for us.


@cigsandredvines You got it: THE MASTER in 70mm at #TIFF12

TIFF then confirmed this from their official account. More details will be forthcoming about the time/place of the screening but as you can imagine this is very, very exciting news for a few reasons, not least of which being that 1/2 of the Cigs & Vines team will be attending TIFF (me). Assuming PTA doesn't pull any more surprises in the next few weeks, this looks like it will also be the film's official North American Premiere shortly after its debut in Venice. So far all festival screenings have been confirmed for 70mm presentations. Are any Cigs & Vines readers going to TIFF this year? Will I see you there?

Update 8/14: The film has been added to the TIFF site with the following description, "So too does Anderson’s decision to use the cinephile’s ultimate visual palette — 70mm film. Flying in the face of the rapid shift to digital cinema, The Master was filmed in that high-resolution widescreen format, and will be presented in 70mm at the Festival. The effect is cumulative, and ultimately shattering." Can't wait.