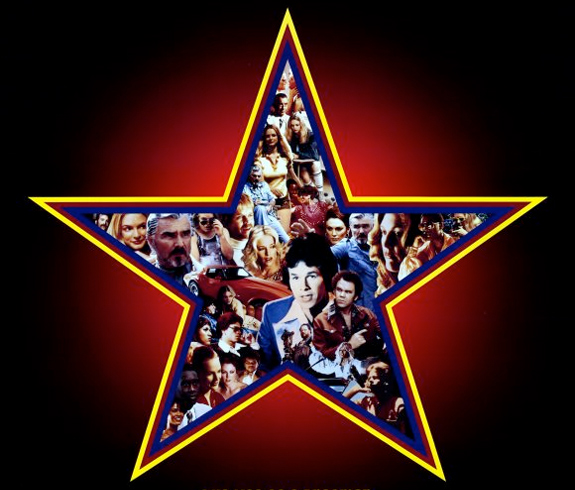 "Boogie Nights" was released on October 10th, 1997 shortly after premiering to raves at the Toronto and New York Film Festival's. The sophomore feature by the then little-known Paul Thomas Anderson arrived less than 9 months after his debut "Hard Eight" had been quietly released into a handful of theatres. But things were different this time. The buzz which had been building since the film went into production had reached a fever pitch by the time it was released. Reviews were ecstatic and many compared the young filmmaker to Martin Scorsese and Robert Altman. Everyone wanted to know just who was this 27 year old that had made such a brilliant film which went on to rack up 3 Oscar nominations including Best Original Screenplay for Paul Thomas Anderson.

To celebrate "Boogie Nights" 15th Anniversary, take a stroll down memory lane on our "Boogie Nights" info page. There you can find interviews, production notes, posters, deleted scenes and more.  We'll be posting some archival bits and pieces throughout the day on Twitter so stay tuned.

I first saw "Boogie Nights" in 1997 when I was in high school. All my friends worked at the local theatre so we basically saw everything that came out. We probably went in expecting something a little bit risqué but were totally unprepared for what we saw. I remember stumbling out of the theatre afterwards. My mind was blown. It was hilarious, heartbreaking and unmistakably confident. When the film was re-released for Oscar consideration I saw it a 2nd time in the theatre and subsequently many more times on VHS (!) and DVD. I knew then that Paul Thomas Anderson was my favorite filmmaker at that moment. But what I didn't know was that a decade and a half later he would make such a good case for being the very best filmmaker of his generation.

Where did you first see "Boogie Nights"?
What are your favorite moments from the film?
Leave a comment below or use the hashtag #BoogieNights15 on Twitter.