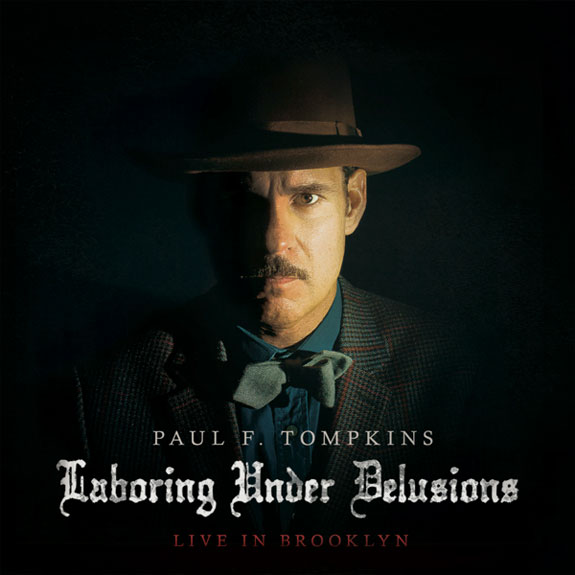 You'll remember a few months ago that we posted a very funny bit from comedian Paul F. Tompkins called The Rules Of Daniel Day Lewis in which Tompkins described his brief time with the actor filming "There Will Be Blood." We also mentioned that having been at the taping of his new stand-up album in Brooklyn last year, he had another PTA-related bit about being seated next to Tom Cruise at the "Magnolia" table read. While that bit wasn't included in the broadcast version, it is on the album "Laboring Under Delusions" which is presented "unedited" and you can order now for just $10. The album cover is also amazing.

In completely unrelated but still comedic news, the first parody of "The Master" has arrived on YouTube and it's pretty good. Watch it below (via Grantland):

Unfortunately it won't be eligible for our Gone To China Contest but you can still enter to win a copy of the soundtrack & a poster!