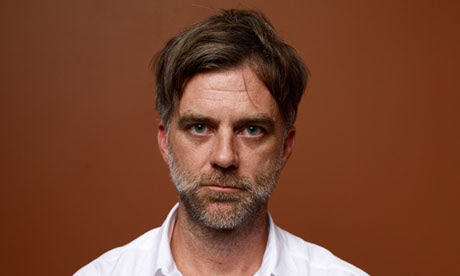 Paul Thomas Anderson: The Master, Scientology and flawed fathers
The director talks about making this year's most controversial Oscar contender

The Master rolls in midway through the Venice film festival. It comes billed as thunderstorm, a controversy, its arrival trailed by rumbles of dissent. This, we are told, is the Scientology film, a veiled biopic of the demagogic L Ron Hubbard; the movie that freaked Tom Cruise. In the event it turns out to be all that and more. So much more, in fact, that the delegates stumbling out from the screening appear momentarily nonplussed.

Written and directed by Paul Thomas Anderson, The Master charts the fortunes of lowly Freddie Quell, a volatile drifter who falls under the spell of charismatic Lancaster Dodd. Shuffling through the postwar west, Dodd plies his trade in town halls and parlours, spinning tales of reincarnation and space aliens and cooking up a new religion as his "gift to homosapiens". What follows, though, is not so much a display of tabloid fireworks as a sweeping epic about hope, loss and the scars of war; a celebration of the American knack for self-renewal and a criticism of it too. The Master contains multitudes. Days after its premiere, I still can't shake it from my head.

I meet the director in an upstairs ballroom of a Venice hotel, where sunlight bounces off the marble and the windows are thrown open to show the sea. Anderson turned 42 last June. He has flecks of grey on his temples and three children at home with the actor Maya Rudolph. Yet the setting seems to galvanise him, stoking embers of the precocious young upstart who made Boogie Nights and Magnolia and then ushered Daniel Day-Lewis towards the best actor Oscar in There Will Be Blood. Anderson is jumpy, excited, ready for battle. The Master has been dogged by so many rumours and so much misinformation that it is a relief to finally have it exposed. It is time he set the record straight.


Yes, he concedes, the plot of his film parallels the life of Hubbard, a puckish free-thinker who founded Scientology in the 1950s. But that's almost by the bye. Instead, the story started out as a freestyle adaptation of John Steinbeck's memoirs, a picaresque about an ambitious vagabond rattling up the coast of California and dreaming of the sea. Anderson conceived the film as an adventure yarn and toyed with it for a decade. The Hubbard figure only showed up later. Lancaster Dodd brought shape and focus – plus, of course, a whole new set of problems.

Dodd is gloriously embodied in the film by Philip Seymour Hoffman, a veteran of Anderson's previous work. And yet Hoffman's performance is matched – and arguably surpassed – by co-star Joaquin Phoenix, who conjures Freddie Quell into a twisted meld of virility and decrepitude; a modern-day Caliban, wild and wonky and ready to blow. Anderson agrees that the casting was key. "It has to be like a tennis match, like two athletes going at each other," he explains. "I got Phil involved first but then Joaquin's name kept coming up, and Phil said: 'You know why I want him to do it? Because he scares me.'"

The Master marks Phoenix's return to the fray following a four-year hiatus that seems to have been largely spent re-branding himself as a rapper, play-acting the catatonic on the David Letterman show and collaborating on a faux fly-on-the-wall documentary as a form of self-therapy. It's a wonder he didn't scare the director as well.

"No, I knew him personally a little bit," says Anderson. "I asked him to be in Boogie Nights. I asked him to be in There Will Be Blood. I've wanted to work with him for the longest time. But the thing about Joaquin is that he's incredibly unpredictable. There's so much energy around him, he's like dynamite. I wouldn't say he's scary. I'd say he's thrilling, sometimes a bit maddening." On set Phoenix had a habit of abandoning his marks and blundering over to where the lights were rigged. "I'd say: 'Please, you know, just give me some vague parameters for where you might go.' But no, he'd always run right over to the lights."

At this point I feel we should drag the conversation back to Scientology. Is Anderson expecting any flak? "No," he says, instantly more wary. "Really, no."

I'm not sure I quite believe him. In the first place the Church of Scientology retains a good deal of traction within the entertainment industry and stands accused of policing its image with a rigour that sometimes borders on intimidation. Then there is the fact that Anderson took the trouble to arrange a special private screening for Tom Cruise, the movement's most high-profile advocate and a former collaborator on the 1999 film Magnolia. That, at least, suggests a definite concern over how the movie might be read.

"Oh yeah, but I'm concerned all the time," Anderson says. "The last thing I want to do is insult someone and their belief system. That's not my bag at all. And the impression people seemed to have is that if you do something about Scientology then it must obviously be an attack, when something like South Park can do that way better than I ever could." He shrugs. "But yeah, I knew we were trafficking in elements that were very delicate. Phil's worked with Tom and so have I. And the screening was a way of reaching out and saying: 'I have nothing to hide and no axe to grind.' It was done out of respect more than fear." Cruise, it was reported, objected to various aspects of the film, although Anderson insists that they parted as friends.

But look, he adds wearily, The Master really isn't about the current state of Scientology at all. Instead, it takes its lead from the ideas expressed in Hubbard's 1950 book Dianetics. "And the ideas in Dianetics are fucking beautiful. The idea of recalling past lives is so hopeful, so optimistic, and it's something I would love to go along with."

I'm sensing a "but" coming up.

"No, of course there's a but, there's a huge but. I don't even want to get into the buts. It's more the basic idea that appealed to me, because it concerns memories and other lives, particularly after the second world war, and that's what got me excited. Getting into it from that angle felt like fertile ground. You listen to the songs from that period and everyone's singing about seeing you in my dreams, or finding you in another day. All the lyrics are ghost stories, coming out of the war. Or science-fiction stories about travelling in time. You come back from the war and the love of your life is married with kids and you're not the same person who went away. That kind of stuff is so heartbreaking to me."

He explains that there was a scene near the end of the film that he eventually cut out, which showed Quell retracing his steps to a park bench where he had once been happy. Quell lies down on the bench, trying to travel in time; to cast himself back to a golden moment before the war. Damn it, says Anderson. He should never have cut that scene.

But what's great about The Master is the way it looks to the future as well as the past. It's a salute to ingenuity, to making it up as one goes along; showing the way in which bold new ideas can spark off in a variety of directions. Hubbard, after all, started out as a writer of pulp fantasy, boasting that he had a hand in the script of John Ford's Stagecoach. Dianetics might just as easily have formed the basis for a dime-store novel. Instead it became the blueprint for a new religion.

"Yeah," agrees Anderson. "But isn't George Lucas the founder of a religion too? Absolutely he is. Ideas can take you anywhere. Maybe that's an American thing. The structure is a little looser where I come from. Maybe we're a little more advanced."

He makes it sound as though there's not a whole lot of difference between a film-maker and a cult leader. Anderson chuckles. "I thought of that. There are absolute similarities, in that you have to convince a gang of people to follow your madness around for months or years at a time. It occurred to me multiple times and it's a way of finding compassion for Lancaster Dodd. Wait a minute: how much crazier is he than me? It's fucking nuts. There I am writing the material and saying I want to cast it and I'm not sure where it's going, but who cares? Let's go everyone!"

Anderson was raised as part of a large family (three siblings, four half-siblings) in the San Fernando Valley. He was forced to scrap for his space; carve out his territory. As a child, he recalls, he would tell his parents he was a film-maker, even before he had picked up a camera. In the meantime his father, Ernie, read the links on network TV and had a brief gig as "the ghost-host Ghoulardi", a costumed presenter who introduced the horror flicks on a local station. "I think he really wanted to be an actor but he never got the breaks," Anderson says. "He was really good at doing voiceovers; he was like the best at it. But that was something that always nagged at him. I wish he'd stuck around long enough to see some of my films. He died before Boogie Nights, he didn't get to see the rest of them." He shrugs. "It's a drag."

"I know," says Anderson. "I know. And it's a bummer. I swear to God, I didn't see The Master as a father-son story. But there it is, so what are you going to do? It just goes to show you can't stop what's coming." I'm not sure whether this is the hazard of being Paul Thomas Anderson or simply the hazard of being human. Most likely it's the latter. The songs are full of longing and we take our lead from Freddie Quell. We are always beating back towards the same park bench, travelling in time, searching for ghosts.
Posted by modage at 10/25/2012 05:29:00 AM